On Tuesday March 5th, Norm Stockwell brought listeners a show about a new documentary, Harvest of Empire, based on the book by and narrated by Juan Gonzalez.  One of the producers, Wendy Thompson-Marquez spoke with Norm about the film. 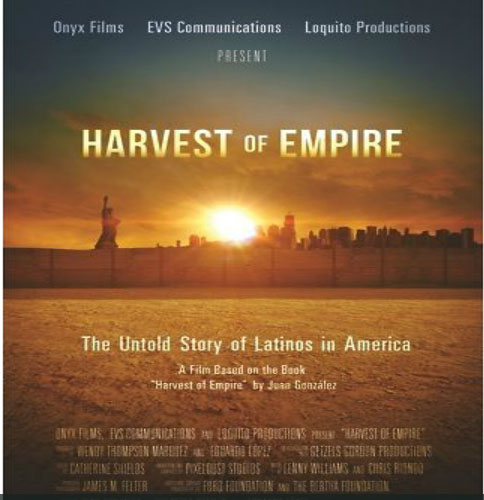 “At a time of heated and divisive debate over immigration, the new feature-length documentary, ‘Harvest of Empire,’ examines the direct connection between the long history of U.S. intervention in Latin America and the immigration crisis we face today. Based on the groundbreaking book by award-winning journalist and Democracy Now! co-host Juan González, ‘Harvest of Empire’ takes an unflinching look at the role that U.S. economic and military interests played in triggering an unprecedented wave of migration that is transforming our nation’s cultural and economic landscape. González is a columnist at the New York Daily News and author of three other books, including ‘News for All the People: The Epic Story of Race and the American Media.'” -Democracy Now!

Read more about the film: