On Tuesday November 20th, host Cynthia Lin spoke with Rosa Clemente, a grassroots organizer, hip-hop activist, journalist, and entrepreneur. Clemente recently said, “The Green Party is no longer the alternative; the Green Party is the imperative.” Clemente was the 2008 Green Party Vice Presidential Candidate and supported Jill Stein in the 2012 election. 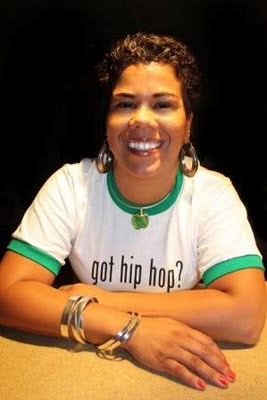 “There is something taking place with the relationship between Hip Hop and the Green Party.  Maybe it’s because the Green Party, much like Hip Hop, can be blamed for a mess much larger than itself with no regard for the truth. Maybe it’s because both of them have spent their whole existence fighting corporate media and corporate influence and getting shut out of the conversation. Maybe it’s because they are both stuck in a world where the “mainstream” dictates definition, and your perspective, your contribution, your base isn’t acknowledged if it isn’t validated by the very thing it seeks to challenge. Maybe it’s because they both imagine a world where education is accessible to all, there are no more evictions and no more foreclosures, where food production, resolving community challenges and culture is localized, and more money is spent on education and housing than on war and imprisonment. Or, as 2004 Green Party Presidential candidate David Cobb put it, “maybe it’s because Hip Hop and the Green Party are both revolutionary calls for such systemic social political and economic change that you just can’t get it until you get it.” Whatever the case may be, it is a relationship that keeps expanding. That expansion was given to us not just by the natural development of our economic and political situation, but also by leaders like Jared Ball and Rosa Clemente.”

Cynthia interviewed Clemente about hip hop, her work with the Green Party, and the post-election future of the nation.

Read more about Hip Hop and the Green Party: