On Friday November 2nd, host Esty Dinur spoke with Dr. Wesler Lambert live from Haiti, a country devastated by the impact of hurricane Sandy. Dr. Lambert is Director of Monitoring and Evaluation for Zanmi Lasante, Partners In Health’s flagship project in Haiti. On the second half of the show, Esty spoke with University of Wisconsin Senior Researcher Chris Velden about charting the path of hurricane Sandy and the possible impact of global climate change in the creation of super storms. 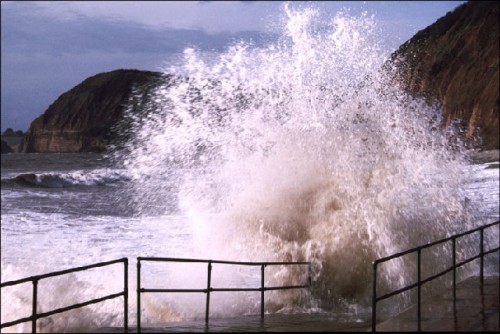 The BBC reported on the horrific impact of Sandy in Haiti: “There are fears of food shortages after the hurricane, which hit on 24 October, damaged many crops in southern Haiti. Aid workers and officials are also on alert for an increase in cholera cases in the wake of widespread flooding. More than 50 people were killed in Haiti, which is still struggling to recover from the 2010 earthquake. Thousands of people are still living in makeshift shelters more than two years on from the devastating quake. The office of Prime Minister Laurent Lamothe made the renewed appeal for help on Sunday. There is concern that unsanitary conditions could led to an increase in cholera cases. More than 7,500 people have died in the cholera epidemic in Haiti since late 2010. Hundreds of new cases are still being registered every week.”

Through speaking with Dr. Lambert and Senior Researcher Chris Velden, Esty attempted to gain a greater understanding of both the human and environmental impacts of super storm Sandy.

To read more about the efforts of Partners in Health in Haiti: