Honking horns, noise makers, and shouts made up much of the sound of Madison celebrating on Saturday.

Cars are still circling the state Capitol a few hours after 10:30 am, when after days of waiting, news agencies called the presidential election.

At the west wing of the State Capitol, near state street, a younger demographic dances.. They sing songs in reference to President Donald Trump that we can’t play on the radio.

The jubilant crowd – not socially distanced — do some newer dances: they twerk and wobble.

Many hold blue Biden and Harris signs.  An organizer in front of the crowd holds a blowup head of President Trump with a red X through it. And throughout the afternoon, organizers – of local activist group Black Umbrella – point to the significance of the first woman, and first woman of color, to be the vice president.

At the next corner of the state Capitol, just a block away, there’s a more somber tone at a competing Trump rally. The smaller group has plenty of Trump 2020 flags; some with the phrase, “make liberals cry again.” An organizer speaks through a megaphone, criticizing Joe Biden and defending law enforcement.

The crowd has signs echoing the baseless statements of conservative commentators and President Trump, who has not conceded but filed lawsuits in several states.

They carry signs to “stop the steal,” “defend democracy,” and have “election integrity now.”

But mostly, lengthy ideological arguments ensue, quite literally, in the public square.

One man carries a sign for conservative outlet NewsMax. On it also is a recent quote from Dick Morris: “Don’t buy the KoolAid that the race is over.”

The man runs into a few young women, Biden supporters, overflowing  from the party down the street.  He tells them that until the election is certified, there’s no winner yet.

A Biden/Harris supporter,  wearing an American flag sweatshirt, interrupts. He’s correct– none of the states have certified election results.

Certification in every election takes a couple of weeks, after every vote is counted and any legal issues are resolved. Cities and counties report their results to the state. Then the state certifies those results.

Those deadlines vary state by state. In Wisconsin, the bipartisan elections commission will certify results on December 1st in a public meeting.

But the discussion over certifying results misses the broader point. The ballots have been counted. Certification will not change the outcome of the election.

Requests from the Trump campaign for recounts in Michigan and Pennsylvania have been thrown out, citing a lack of evidence. A recount in Georgia looks likely.

Wisconsin may have a recount, too. In this state, campaigns within 1 percentage point can request a recount. Under a quarter of a percentage point, and the state pays the bill. But Biden received more than 20,000 votes in excess of votes for Trump. That means the Trump campaign has to foot the bill, and is fundraising to do so.

As the Milwaukee Journal Sentinel reports, half of the Trump campaign’s election defense fund can also go to paying down campaign debt.

And as our former Republican Governor Scott Walker pointed out a few days ago, recounts in Wisconsin in 2011 and 2016,  only resulted in changing the vote total by a few hundred votes — no where close to the 20,000 Trump needs to flip a state.

We aren’t used to waiting past Election Day to know who won the race.

But many in the streets of Madison on Saturday, seem like they have been waiting a few years for this presidential election. 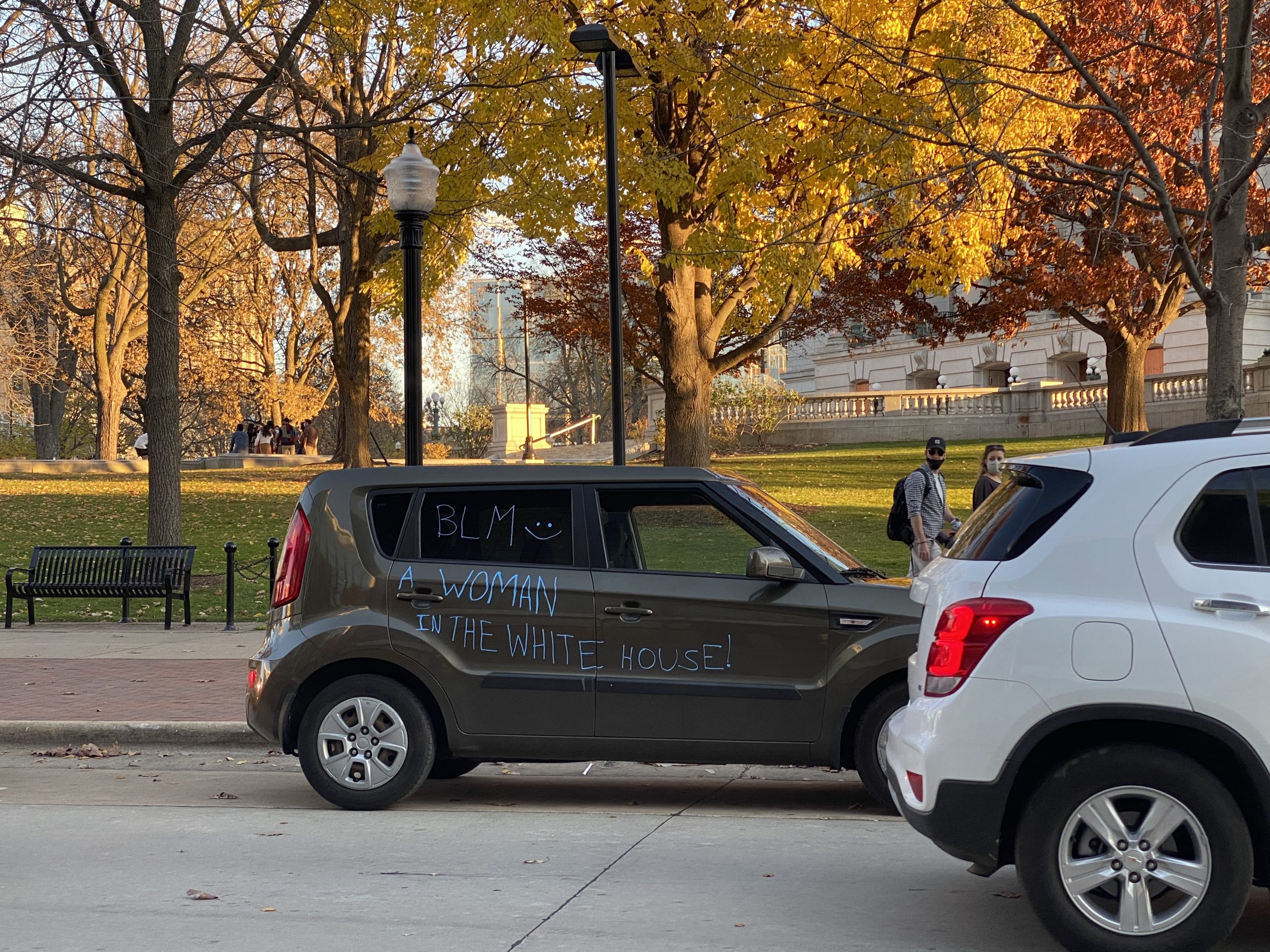 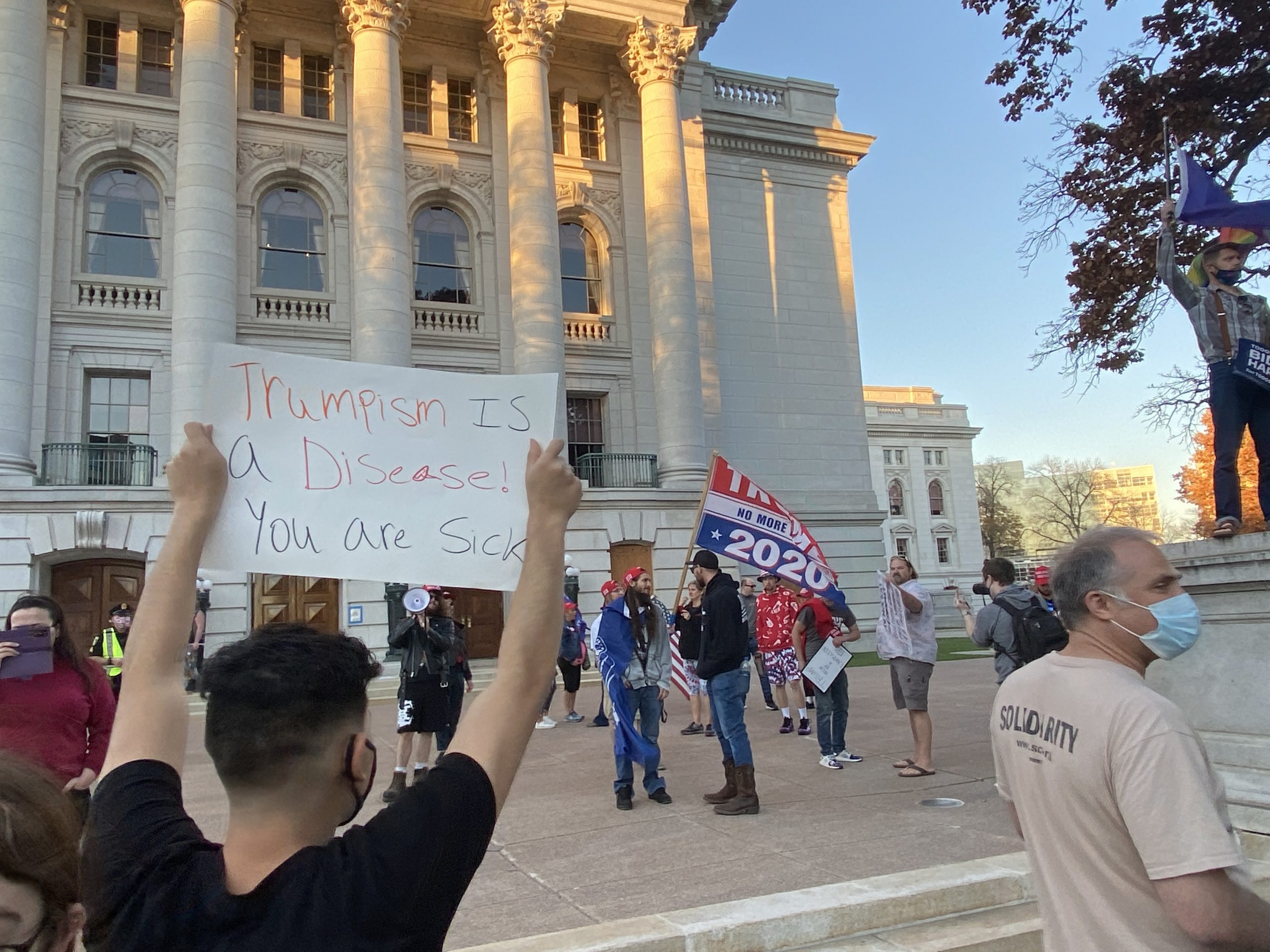