An accomplished local musician and educator, Eric Miller, has been awarded a Consort loan from the The Viola da Gamba Society of America. The loan, under Miller’s leadership, will create a new early-music group, The Madison Youth Viol Consort.

The Madison Youth Viol Consort will consist of five students, from grades eight to twelve, who receive instruments from The Viola da Gamba Society of America on a two-year loan. The instruments include two trebles, two tenors and a bass viol. Student applications for the program are now being accepted and the group will have its first rehearsal in September.

The viol is a family of bowed, fretted and stringed instruments that first became popular in 15th century Spain. The bass viol resembles a cello but has flat, not curved back, sloping rather than rounded shoulders, c holes rather than f holes, and five to seven strings rather than four. Performers hold the bow underhanded and unlike members of the modern violin family, the viol has frets, most often gut, which are tied on the fingerboard of the instrument. The frets make stopped strings sound like open strings. Viols are played upright and are held between the legs like a modern cello except without an endpin.

The Viola da Gamba Society of America is a not-for-profit national organization dedicated to the support of activities relating to the viola da gamba in the United States and abroad. It is a society of players, builders, publishers, distributors, restorers and others sharing a serious interest in music for viols and other early bowed string instruments.

The terms of the loan are two-fold: to create a new generation of viol players, and to increase community appreciation.

“Madison already has a thriving early music scene,” Miller said. The Madison Youth Viol Consort will work to further increase community awareness of the viola da gamba and its repertoire. “We’ll perform in Madison at venues that will complement the beauty and intimacy of viol consort music and reach audience members from Madison’s strong early music community and beyond,” Miller said. There will also be outreach performances and demonstrations by students for community groups, including schools and arts programs.

Miller says, “The program is meant as an introduction to give students early exposure to these instruments and their repertoire. The students can, if they desire, have the skills and experience to continue in a lifetime of music making or they can have a lifetime appreciation of fine art and the skills and processes used to make it. It’s going to be a positive social music making experience that enriches their young lives and give them the chance to enjoy the challenge of working on a new instrument and beautiful repertoire.” 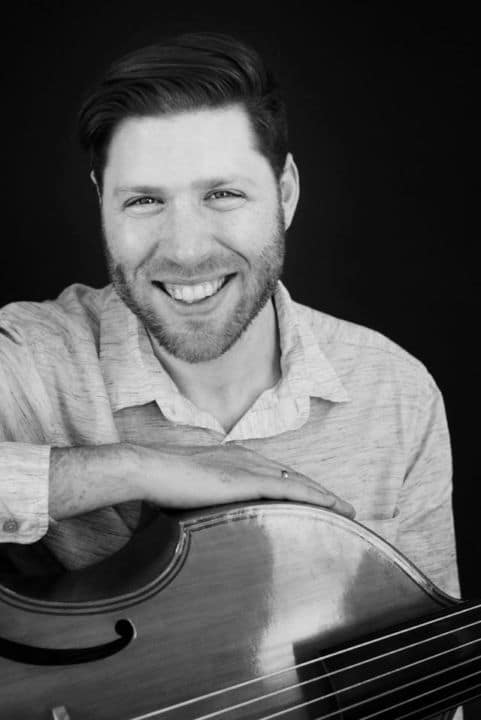 Miller is uniquely suited to his role as the leader of The Madison Youth Viol Consort. He is a gambist and cellist. He earned degrees from Northern Illinois University and the University of Wisconsin-Madison. He studied cello with Marc Johnson of the Vermeer Quartet and Parry Karp of the Pro Arte Quartet. Miller works part time for the Madison Metropolitan School District and privately teaches the Suzuki method to cello students.

Miller collaborates with musicians working in diverse genres, not just early music. He performs with indie folk artist Katie Burns and the duet has performed at the Mineral Point Opera House and Cafe Carpe. Burns and Miller have recorded four albums together and are working on a fifth this year. All but the Christmas album have been recorded at the notable ARC studios in Omaha. Miller also performs with indie rock group Satchel Page and the Great Apes.

In the coming musical season, Miller will be performing with the Wisconsin Baroque Ensemble and will be booking solo shows and continue his collaborations with other musicians. “I’m planning to perform the complete sonatas for viola da gamba and harpsichord by J.S. Bach in August or in the early fall with my friend Max Yount, professor Emeritus at Beloit College and member of the Wisconsin Baroque Ensemble. Overall, my goal this year is to schedule more performances of viol repertoire outside of Madison. For example, I recently split a bill with a lutenist in Omaha which was very successful. All of this, of course, has to fit in between the demands of parenting and teaching.”

“I am deeply grateful to my students who are making themselves better because we all have the obligation to improve ourselves for the sake of the greater good of society, not just our own good,” Miller said. “The Madison Youth Viol Consort will be a chance for a group of students to learn and improve their art and craft and, in the bargain, work to keep culture alive for another generation.”