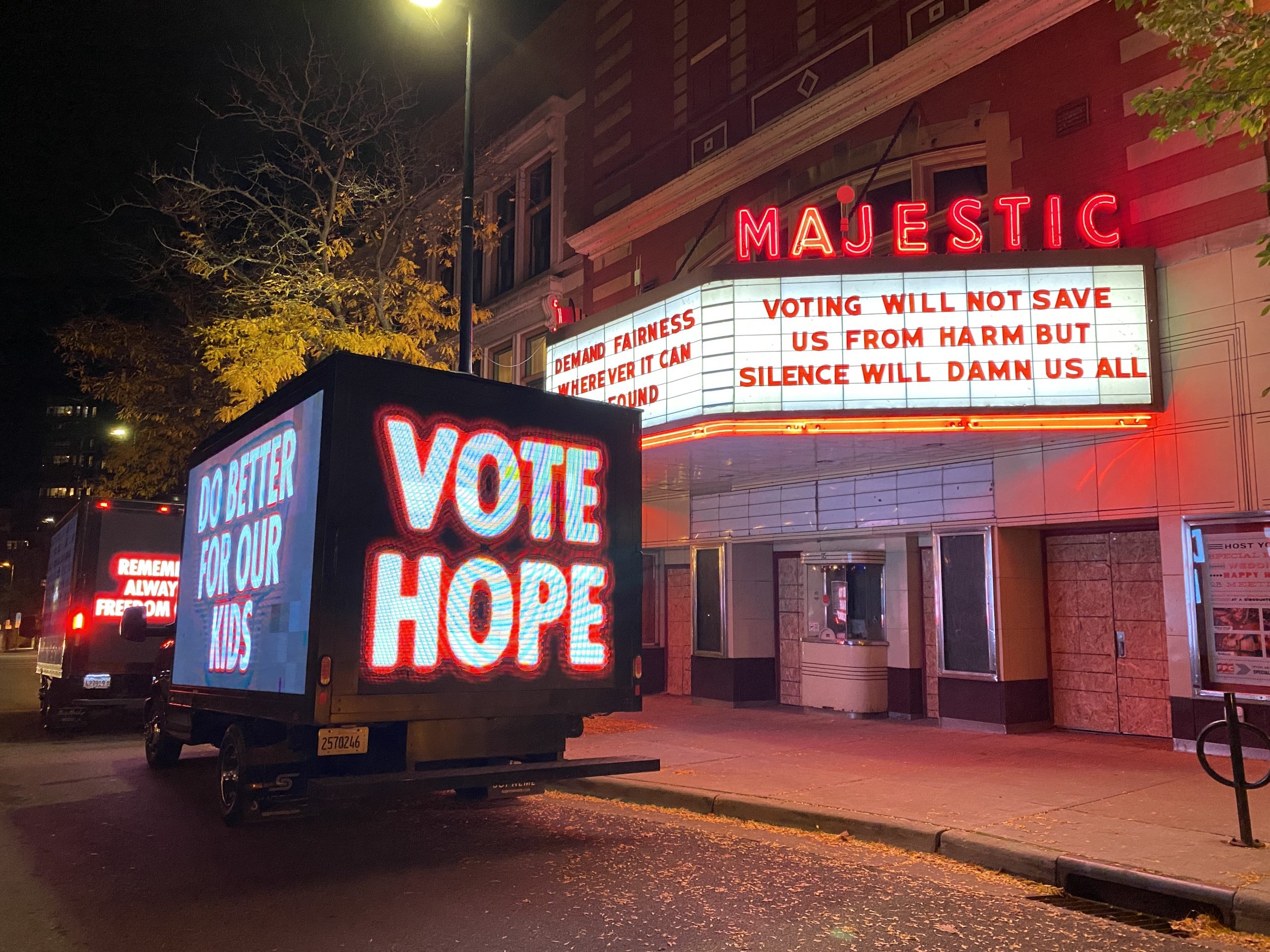 New York conceptual artist Jenny Holzer has made a career out of provocative, meditative short words and phrases in public.

Holzer frequently utilizes projections and billboard-like displays, including screens with LED lights. She has been working since the late 1970s, with a project called Truisms, when she wrote a list of phrases, printed it on paper and then distributed it throughout New York. The phrases include “noise can be hostile”, “private property created crime” and “the family is living on borrowed time.” Now, her YOUVOTE 2020 project  has, briefly, come to Madison.

At time of broadcast, trucks with flashing screens on their sides are stationed around Madison. Emblazoned on those screens are phrases encouraging people to QUOTE vote, promote equality, and respect black lives. In a September interview with Harper’s Bazaar, Holzer said that she chose truck routes carefully to ensure that many people get to see the messages. Earlier this year, Holzer sent trucks to Washington D.C. with messages criticizing the Trump administration for their response to COVID-19.

Leah Kolb is the curator of exhibitions at the Madison Museum of Contemporary Art, who helped coordinate the project. She says that though Holzer is based out of New York, her work has a special function in Madison.

“She’s targeting the swing states throughout the country, and so Wisconsin, obviously, is one of the swing states,” said Kolb. “She has different public projects in Madison and Milwaukee, there’s also some public art that’s happening in Detroit.”

The trucks will leave Madison at the end of Tuesday, and will continue to tour the United States. Kolb says that she hopes the displays will encourage people who would otherwise sit out the election.

“I’m hoping that the public nature of the work will encourage people who might not otherwise vote to get out and cast their ballots,” said Kolb. “I think it’s really important. I think we’re facing a really important time and I think people are needing to have their voices heard.”

The trucks will stay in their locations throughout downtown Madison Tuesday until 9:00 p.m. They can be seen at fire stations, theaters, at the state capitol, the municipal building, memorial union, various streets, the Chazen Art Museum, and the Madison Museum of Contemporary Art.

As part of the project, art students at UW-Madison penciled a quote chosen by Holzer onto MMOCA last week. The quote, by Sojourner Truth, reads “TRUTH IS POWERFUL AND WILL PREVAIL.” 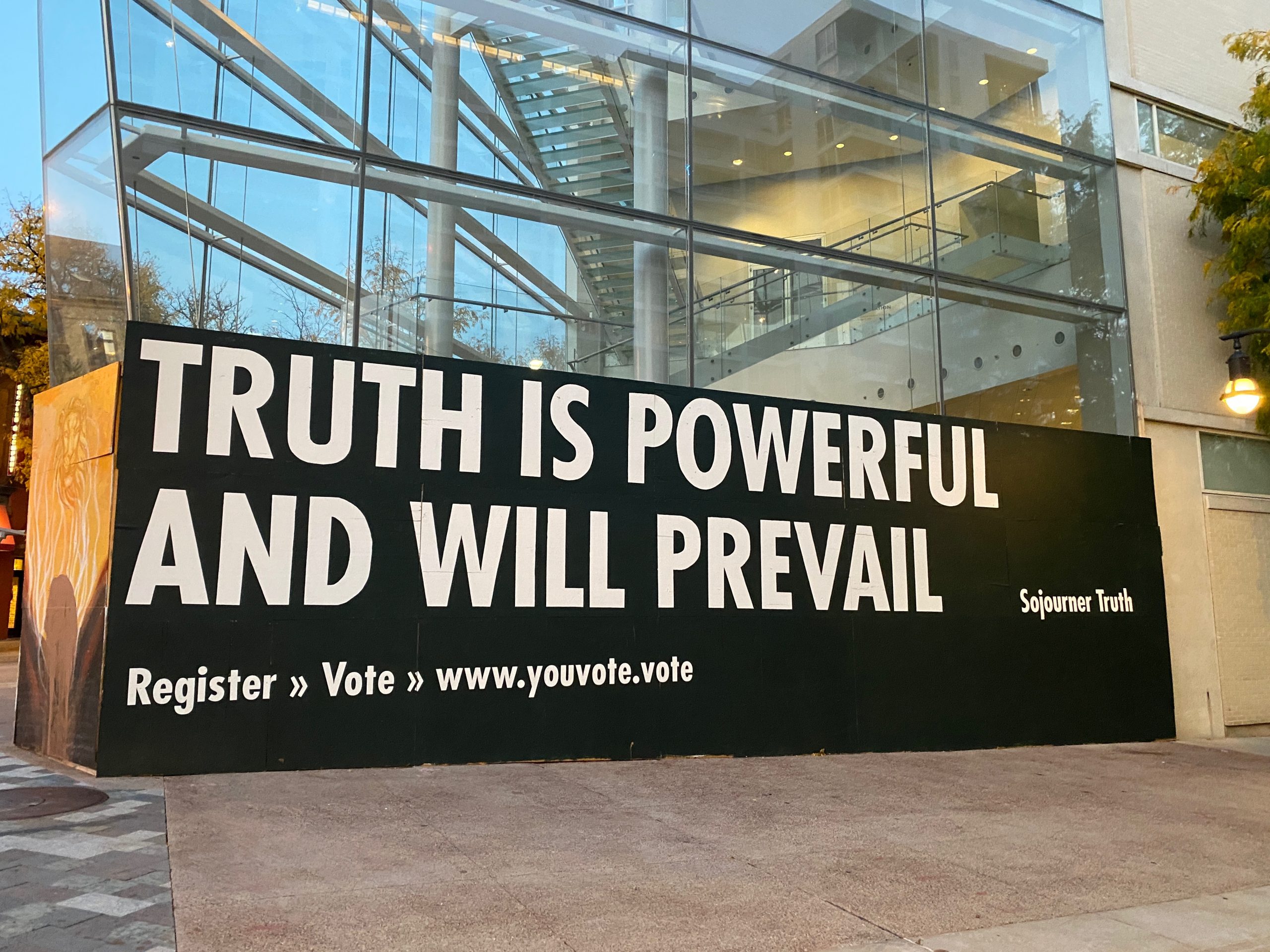