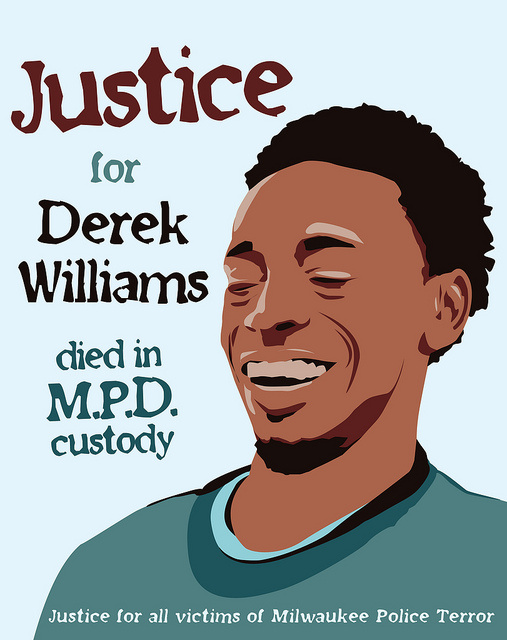 In July, 2011, Derek Williams, father of three, died in police custody. A dash-cam video of his last moments alive, during which he pleaded for help for 8 minutes, sparked outrage that has spurred a movement. Family members and their allies demand justice and accountability. An inquest, examining the circumstances of Williams death, has recommended that the three officers be charged with a misdemeanor, failure to render aid by a law enforcement officer, which carries a maximum penalty of nine months in jail. The power of this inquest is only advisory, and the coalition that has formed to fight for justice for Derek Williams needs your help. The Rally is on Saturday, April 6th, at 901 N 9th St., Milwaukee, Wisconsin.

Listen to the interview with organizer of the rally, Monique Taylor.