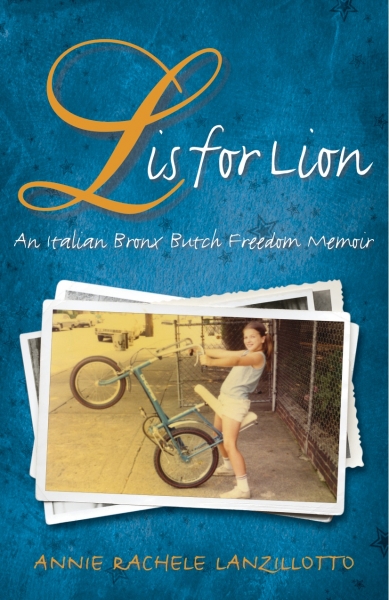 “From the stoops of the Bronx to cross-dressing on the streets of Egypt, from the cancer ward at Memorial Sloan-Kettering to New York City’s gay club scene of the ’80s, this poignant and authentic story takes us from underneath the dining room table to the stoop, the sidewalk, the street, and ultimately out into the whole wide world of immigration, gay subculture, cancer treatment, mental illness, gender dynamics, drug addiction, domestic violence, and a vast array of Italian-American characters–including her peasant immigrant grandmother Rosa, who shows us ‘the sweetest essence of soul.'”

Read more about “L is for Lion:”