Music and culture played an essential role in inspiring and mobilizing communities of color during the 2020 election. One of the most active bands in these efforts is the L.A. based activist and cultural heritage band Las Cafeteras. Rooted in Mexican Son Jarocho from the State of Veracruz, Las Cafeteras incorporates hip-hop, rock, and reggae to provide a soundtrack for political organizing across Latinx, Black, indigenous and Asian communities. The band released three tracks spanning several genres to support political change through the 2020 presidential election and beyond. 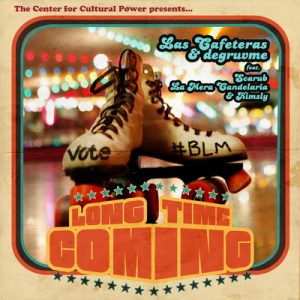 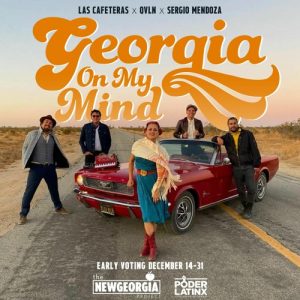 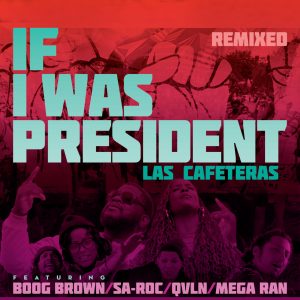 The Sam Cooke-inspired Long Time Coming (Ft. Scarub, Kimsly, Stephani ‘La Mera’ Candelaria) was released ahead of the November 2020 election, with the theme of Black/Latinx unity. The theme continued to resonate in their Latinized cumbia version of the Ray Charles classic Georgia On My Mind (Ft. QVLN, Sergio Mendoza). Recognizing that politics don’t stop after the election, Las Cafeteras released a remix of their 2017 protest anthem If I Was President featuring Black and Latinx MCs and musicians from key swing states Sa-Roc (Georgia), Boog Brown (Michigan), and QVLN and Mega Ran (Arizona). Global Revolutions’ Martín Alvarado sat down with Hector Flores from Las Cafeteras to talk about organizing, music, and having fun while engaging in political change.