This week on Back to the Country, Austin honky tonk troubadour Dale Watson will bring his guitar and play a few songs live on the air to preview his show later that night at High Noon Saloon as well as his hot new album “Call Me Insane.”

Dale Watson & his Lone Stars have played Madison quite a few times in the past, and also been guests on Back to the Country with Bill Malone. On July 1st, 2006 Dale and his Lone Stars joined Kevin “Tex” Tubb and The Lonely Stars to play the grand opening of Tex Tubb’s Taco Palace on Atwood Avenue. You can see photos from that event here. 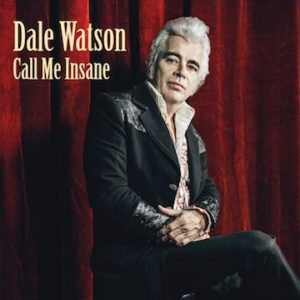 Watson may not have any radio “hits”, but his original, outsider sound has gained him a reputation as a crusader against the “Nashville Rash” of commercial cookie-cutter country, and none other than the legendary Willie Nelson counts himself among Dale’s biggest fans. Currently with him on tour are Mike Bernal – Drums; Chris Crepps – Upright Bass; Don Pawlak – Pedal Steel. Mike, Chris, & Don are His Lone Stars and opening the show in Madison will be Chicago “Country Bop/Western Swing” songbird Pearls Mahone. Watson has a brand new album out on Red House/Ameripolitan Records, “Call Me Insane”, recorded with veteran producer Lloyd Maines (Robert Earl Keen, Jerry Jeff Walker). The songs are instant classics, including his wild, improvised tribute to the late George Jones, “Jonesin’ for Jones.”

Fun Facts about Dale Watson:
• 2015 marks Dale’s 20th year as a recording artist!
• Dale’s Call Me Insane (album) is #21 on the AMERICANA airplay chart this week
• Dale & His Lone Stars will appear on The Grand Ole Opry on July 8th
• Dale’s segment on Austin City Limits (PBS) from Feb 2014 will re-broadcast August 1st.
• Dale will star in an independent film, Yellow Rose – scheduled to shoot this September (mostly in Texas) – www.yellowrosefilm.com
• Dale & His Lone Stars will be on the first Outlaw Country Cruise – Feb 7-11, 2016
• Dale will take part in The Third Annual Ameripolitan Awards Show – Feb 16th, 2016.
• Dale appears in a documentary on Austin City Limits (PBS) – will debut at film festivals in early 2016.
• Dale plays a sports announcer in the cool indie film from Rooster Teeth, Lazer Team which will debut at film festivals in early 2016. Here’s the first trailer – https://www.youtube.com/watch?v=TI455Z37o30
• Dale recorded a segment for The Bachelorette (ABC) live at Gruene Hall – abc.tv/1SiFYuJ
• Dale was a guest on The Late Show w/David Letterman (CBS) in January 2014
• Dale owns two Honky Tonks in Texas, The Little Longhorn Saloon in Austin and The Big T Roadhouse in St. Hedwig (outside San Antonio); if not on the road, he & His Lone Stars perform at one of them each & every Sunday, with “Chicken $#!+ Bingo”, $2 Lone Star Beer, and free hot dogs – an experience not to be missed!
• Dale Watson endorses Fender Guitars, Lone Star Beer, and Ameripolitan Music.

Tune in to hear Dale chat with WORT hosts, and he’ll also bring his guitar to play a few songs from his new album “Call Me Insane” live on the air from 11:00-11:30 AM. There will also be a Strictly Discs in-store stripped down performance at 5:30pm -check www.strictlydiscs.com.