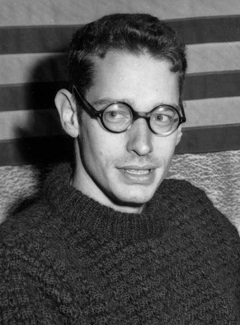 Radio activist Lorenzo W. Milam died in Puerto Escondido, Oaxaca, Mexico on July 21, 2020 at the age of 86. He is survived by over 300 community radio stations, including WORT 89.9 FM Madison.

Milam was fascinated with radio since his childhood in Jacksonville, Florida where he listened for hours to broadcasts from Nashville, New Orleans and other faraway cities. He ‘felt like a spy’ he said, listening in to other cultures’ music and opinions.

He started his first radio station, KRAB, in Seattle, Washington in 1961 at the age of 28. His goal was lofty: All programming would be provided by community volunteers, with no restrictions on how esoteric the content.

Just a few short years later, Milam was ready to share his knowledge of community radio with anyone interested. It was never Milam’s intention to own a radio station. His mission was to help bring them into the world, nurture them until they could stand on their own two feet, then leave and hope that they became independent, unruly adults.

WATCH: Lorenzo Milam in The Theory and Practice of Radio Station KRAB

Activists learned a valuable lesson in the ’60s. Commercial radio and television had little interest in covering anything that wasn’t the status quo because advertisers wanted safe, family-friendly programming. The answer was to build-your-own radio station and depend on the community to value and support it.

Lorenzo was the prophet of the do-it-yourself radio movement. There was so much interest that in 1975, Milam and others scheduled the first conference of new and nascent community radio stations right here in Madison: the National Alternative Radio Konvention (NARK).

Milam, at 41, was the old man of a group of mostly men and women in their 20s. Six months later, this group would help form the National Federation of Community Broadcasters, the organization of community-oriented, noncommercial radio stations that most community radio stations belong to today.

Less than five months later, on December 1, 1975, WORT station manager Mike O’Connor and several other idealists, including current WORT Board President Dave Devereaux-Weber, popped the champagne as WORT went on the air for the very first time.