On Saturday, cars, motorcycles, and community members packed the parking lot of the Fountain of Life Covenant Church east of South Park Street in Madison to celebrate Juneteenth.  This was the starting point for a parade that went through South Park Street.

Groups and organizations took part as well and held banners in the parade.  One of these organizations was Sigma Gamma Rho Sorority Inc.  Kevina Vann, who is a member of the Iota Psi Sigma alumni chapter of the sorority, talked about what Juneteenth represents to her.

“It is about resilience.  It’s about pride.  It’s about being the absolute best and overcoming those difficult obstacles that have been stacked against us as a community,” Vann says.

This is the second Juneteenth since the federal government declared it a national holiday.  The plans for Saturday’s celebration were cause for excitement for Carolyn Stanford Taylor, the Deputy Superintendent for Engagement with the Madison Metropolitan School District and formerly the State Superintendent of Public Instruction.

“I’m looking forward to seeing our families,” Stanford Taylor says.  “We have missed the opportunity to come together.  Our students over the last couple of years have missed a number of rites to passage.  This, to me, is another rite of passage, and this is for our entire community.  I’m looking forward to seeing all of us come together to just celebrate, celebrate excellence and blackness.”

Nelson Render is the Associate Superintendent for High Schools with MMSD.  He hopes Juneteenth can be an opportunity to educate others.

“I’m looking forward to having fun and enjoying this but also letting this be a teachable moment to our community and to people who want to say, ‘what is this all about?,’ Render says.  “And also hopefully this will spread out to be a bigger event for years and years and years to come and we recognize it as such as a national holiday, the way it’s supposed to be recognized, as we’ve done for some of the other holidays.” 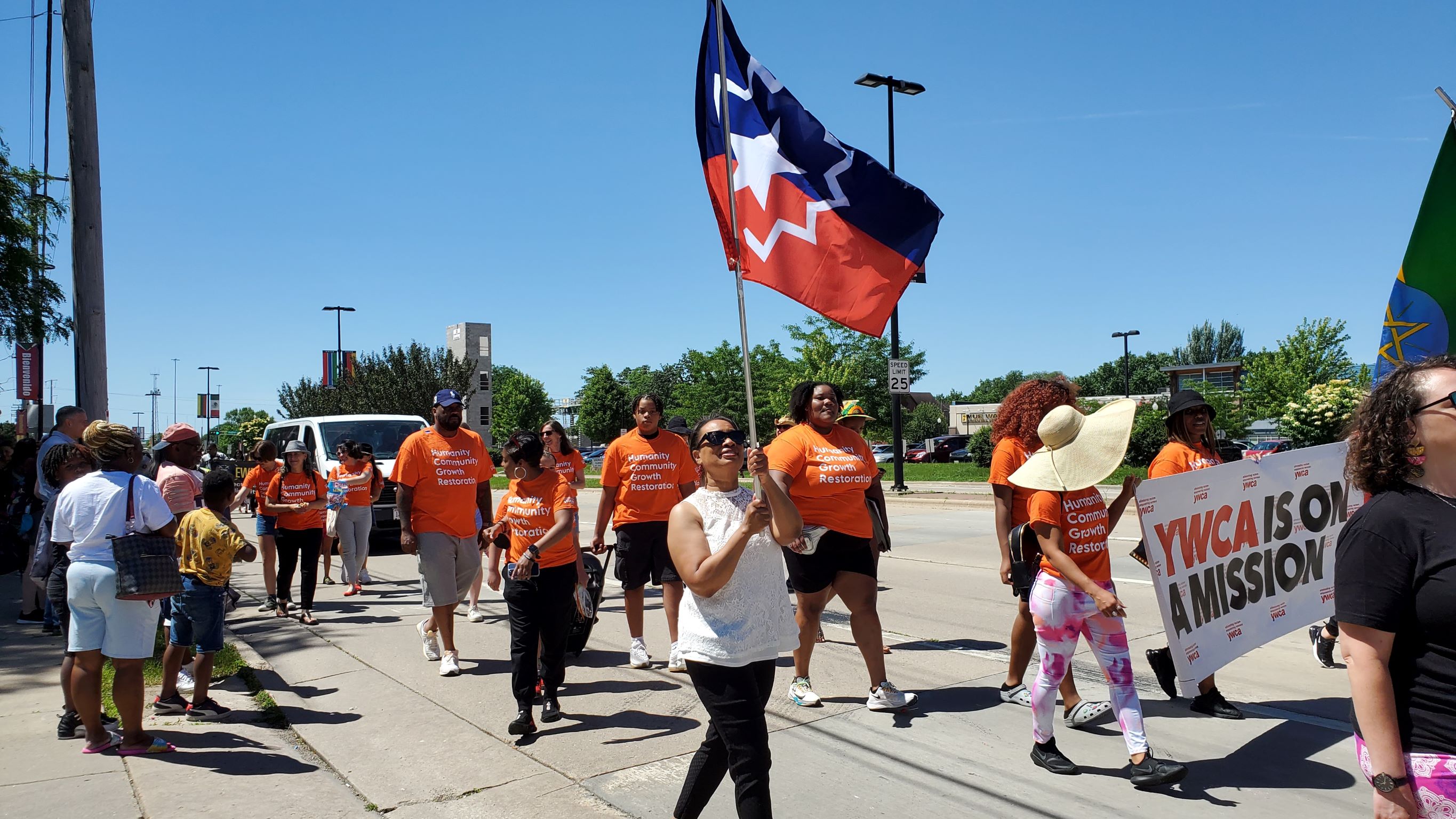 Elected officials were in attendance as well, from Madison alders to Governor Tony Evers.  Evers addressed the attendees on the importance of the day.

“Obviously we’re happy and we’re together and we’re doing good things, but at the end of the day we have 364 days following this one.  And we have to focus our efforts on making sure that all Wisconsinites have the same outcomes and opportunities.”

Candidates for various elected positions also took to the parade to pitch themselves to voters.  Among them was Dr. Darrell Williams, who is running for one of Wisconsin’s U.S. Senate seats.  Williams, who currently serves as the Wisconsin Emergency Management Administrator, says he hopes the holiday is more widely recognized and observed in future years.

“Juneteenth means the celebration of all people, especially African-American people,” the senate candidate said.  “And the fact that it’s now recognized as a national holiday, that says to the world that this really happened.  And it really is a testimony to the resilience of our people as a whole all over the world.  Past, present, and future.”

The parade also featured dance performances, such as one by the group “Dynamic Badgerettes.”  Their quick maneuvers drew cheers from the crowd.

The parade concluded at Penn Park, where games, activities, booths, and performances were set up.  That brought the community together, which is what Dr. Williams looked most forward to.

“That’s what it’s about: Us coming together as a people as human beings.  That’s the most important thing.