Yesterday, hundreds of Madison children and parents gathered at McPike Park to take part in the Kids March for Black Lives. Over 70 local organizations, hosted the children’s march in solidarity with the Black Lives movement.

As an editorial note, W-O-R-T was a co-sponsor of this event, but that has no bearing on our coverage. 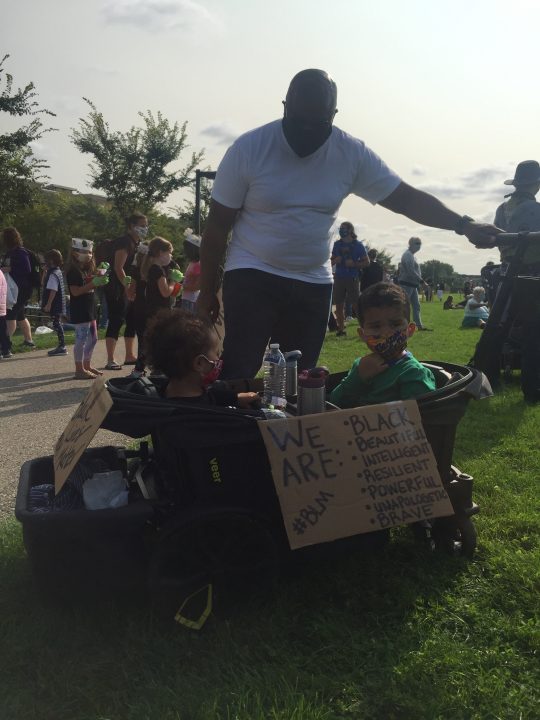 As the sizable crowd made its way to Orton Park, organizers passed the megaphone to kids at the front, giving them a chance to lead the chants.

Hannah Crossley, from the advocacy group Allies for Black Lives and an organizer of the march, says the gathering offered a space for children to get involved with the Black Lives Matter movement and to learn about racial inequality.

“So we just wanted to make that space for kids to be able to show up, share their voices, make signs, yell, scream, support one another,” Crossley says,  “and also just to lift up Black youth to lead.”

Crossley says their other goal was to uplift the message of the Black Lives movement, specifically the defunding of police and investing into Black communities.

Kendra Jackson, one of the teenagers who led the march to Orton park, says she appreciates efforts to bring younger people into the movement. She says participating helps kids learn about what’s happening in the country, and offers a perspective on issues they might not get from their parents. 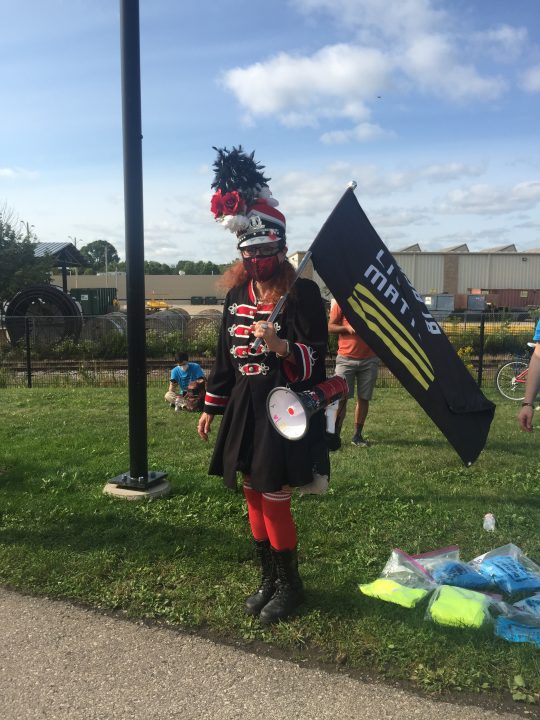 “We’ve gone to a lot of other marches and I like this one because there’s a lot more to do here and it’s more kid-friendly than the other ones we went to,” Jackson says.

Crossley says she was pleasantly surprised by how many people joined.

“We are so grateful that this many people came out and showed up for Black lives, it means a lot,” Crossley says.

When the crowd arrived at Orton Park, a microphone was set up for Ali (uh-lee) Muldrow, the Madison Metropolitan School District Board of Education Vice President and co-executive director of GSAFE, an organization for LGBTQ youth. Muldrow spoke to the crowd about the need for action and the importance of the next generation in the fight for racial equality.

“We are gonna have to work harder, but we are also gonna have to work smarter, and the good news is, the best is yet to come,” Muldrow says, “Our children are the future we are fighting for, so let’s show them how to get it done.”