A new study shows that more than 4,000 Americans died in Puerto Rico as a result of Hurricane Maria last year. More than a third of those were due to a lack of health care due to power outages.

The New England Journal of Medicine calls Hurricane Maria one of the deadliest natural disasters in the United States in a century.

A delegation of local government officials from Puerto Rico visited Madison this week.

The Mayor of Toa Baja was introduced to the city’s economic planning officials, community organizers, and emergency management.

The visit is part of a mayor exchange program initiated by Open Societies Foundation to pair together mayors on the U.S. mainland with mayors in Puerto Rico.

Toa Baja’s devastation made national headlines after 24,000 homes were destroyed in the small 90,000 person town.

Mayor Bernardo Marquez Garcia’s enthusiasm was palpable in every meeting with Mayor Soglin this week, especially when it came to solar energy.

The Toa Baja mayor and his staff were excited by the idea of supplementing the fragile Puerto Rican electric grid with local or household solar panels. Electricity has been unreliable on the island since Hurricane Maria struck Puerto Rico 9 months ago.

Madison Mayor Paul Soglin organized two discussions on solar panels during the group’s tour of the city Tuesday. “That is so important because in the remote areas of the island and so many critical areas of the city, there is a need when the hurricane strikes, when the power system goes down, to have electric power. This is a way of doing it that’s obviously environmentally responsible and is going to be available in the worst of circumstances.”

According to Toa Baja staff, solar panels could be particularly helpful in mountainous areas of the community where rewiring a downed powerline often comes with delays.

However, City of Madison Engineer Matthew Parks is optimistic that solar energy will overcome these hurdles. “Solar energy is something that is getting to be much more efficient and is something that is much more mainstream than it has been. We are only going to see it grow, so the idea of using it in an area that got devastated by a hurricane only makes sense to me.”

Toa Baja officials met with Parks and other city engineers to discuss everything from the types of solar panels that would work in Puerto Rico, to the grade of roofs in Toa Baja neighborhoods and the angles the solar panels would require.

They also discussed different types of batteries that could keep the lights on for up to four days, and refrigerators that can conserve energy to keep medicine and food cold during blackouts.

For Soglin, the potential of solar panels also goes beyond emergency management. He sees it as a way to sustain a healthy economy. “It would be a new industry and a great opportunity to keep the business local, keep it owned by those who are doing the work, and that is one of the greatest challenges for the island. So much of what produces wealth is taken out.”

Mayor Bernardo Marquez Garcia’s visit to Madison is a follow up to Mayor Paul Soglin’s visit to Toa Baja back in April.

It’s all part of an effort to help Puerto Rican communities recover from Hurricane Maria.

Marquez Garcia says he bonded with Soglin over their shared philosophies of putting people first. “In my personal case as the mayor of Toa Baja, it’s been a great pleasure to share with Mayor Soglin, especially because we have a common vision on how to work from the governance point of view and democratic point of view.

Both Soglin and Marquez Garcia hope to continue their new partnership and develop more ways to help Puerto Rico in the future. 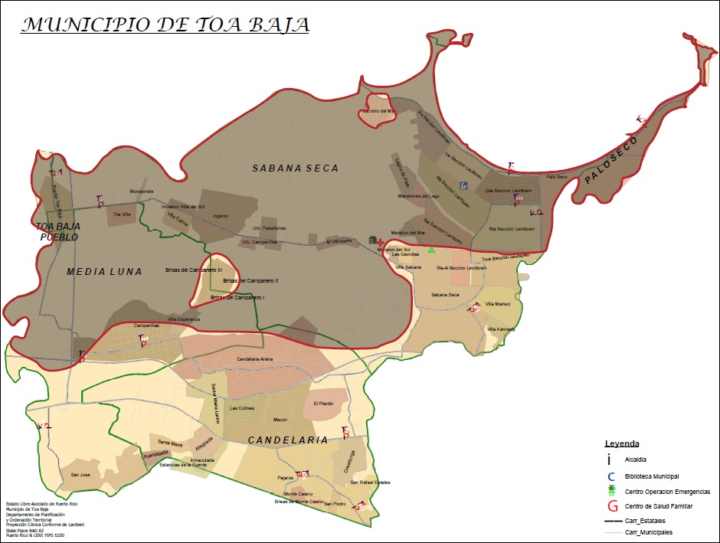