On Earth Day, Madison scientists and science advocates took to the street for the March for Science, that also coincided with a separate People’s Climate March. Opinions varied on the effectiveness of having demonstrations devoted to science. So, PNM’s Kai Brito looks into the pros and cons with a variety of guests. Madison’s March for Science coordinators David Lovelace and Valerie Grover describe how and why they decided to organize the march. Among the critics, Kai talks with Dietram Scheufele from UW-Madison Life Sciences Communication, who feels the march damages public perception of science and can be more detrimental than beneficial.

Kai also talks with UW-Madison graduate student in environmental sciences Olivia Sanderfoot, who describes the March for Science in a spoken word piece. To hear her piece on Youtube, go to Why I March. 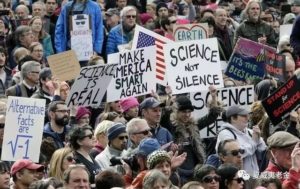