A crowd of about a hundred gathered at the Capitol building Sunday afternoon to join Madison’s March for Medicaid. The protest was hosted by the Wisconsin Poor People’s Campaign and the Nonviolent Medicaid Army along with more than a dozen other local advocacy groups.

Demonstrators protested inequitable healthcare and other disparities highlighted by the pandemic.

Safety was paramount at the protest, where people wore masks,  crowd marshals kept people socially distanced, and the microphone was wiped down between each speaker. Some protesters at high risk for COVID-19 opted to join a car caravan, instead. 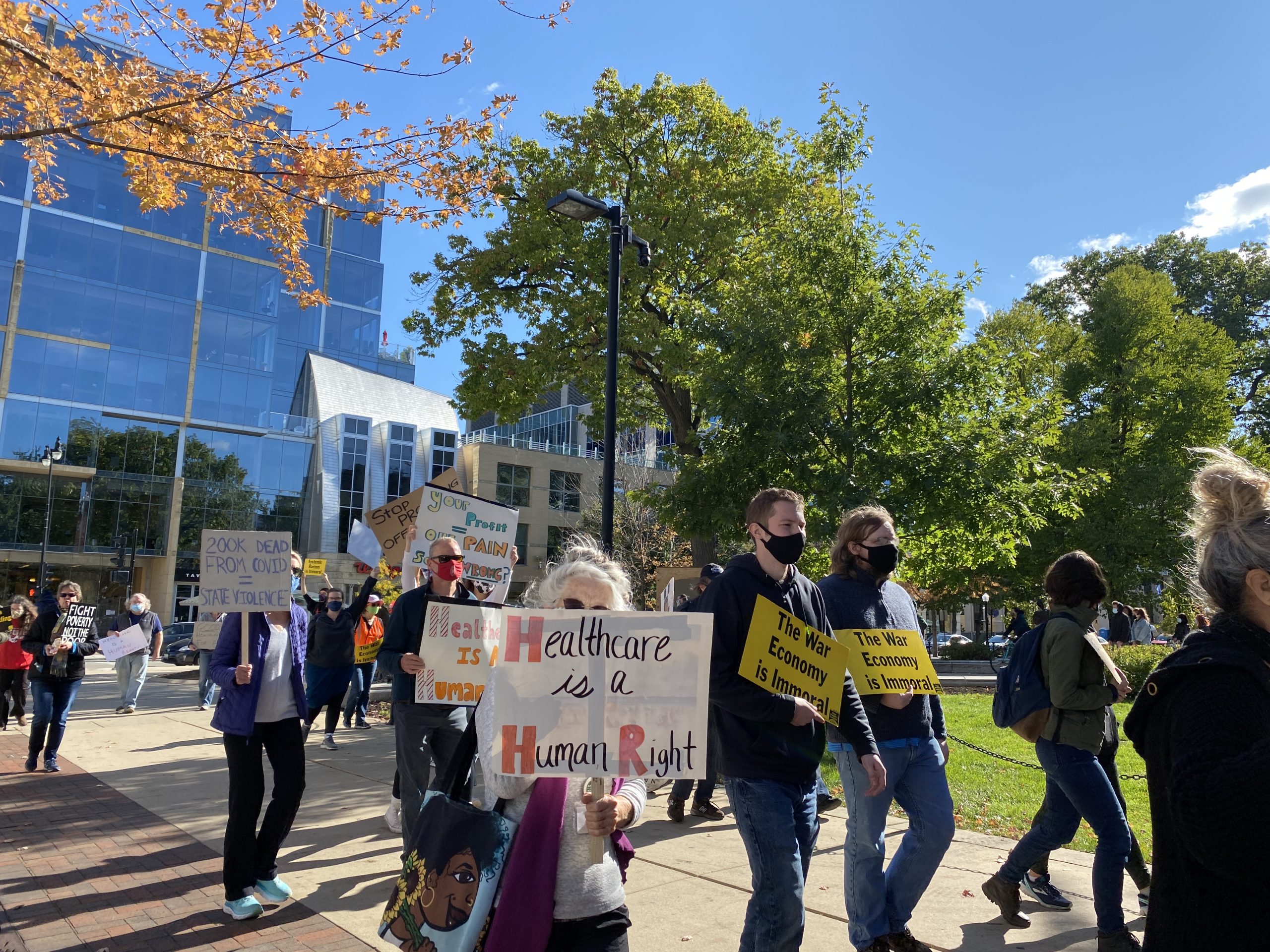 “Health is first and foremost. So, this pandemic is real, it is hitting our state hard,” said Kevin Solomon, from the Wisconsin Poor People’s Campaign.

Solomon says the march was an opportunity for those hit hardest by the pandemic to talk about their experiences with the healthcare system.

“The intention of this march is to have the people who are most affected, the context experts, come up and share their stories directly and hear from those people,” Solomon said.

Abigail Cruz traveled from Milwaukee, as did many attendees of the march. Through an interpreter, she spoke about her struggles with Wisconsin’s healthcare system. 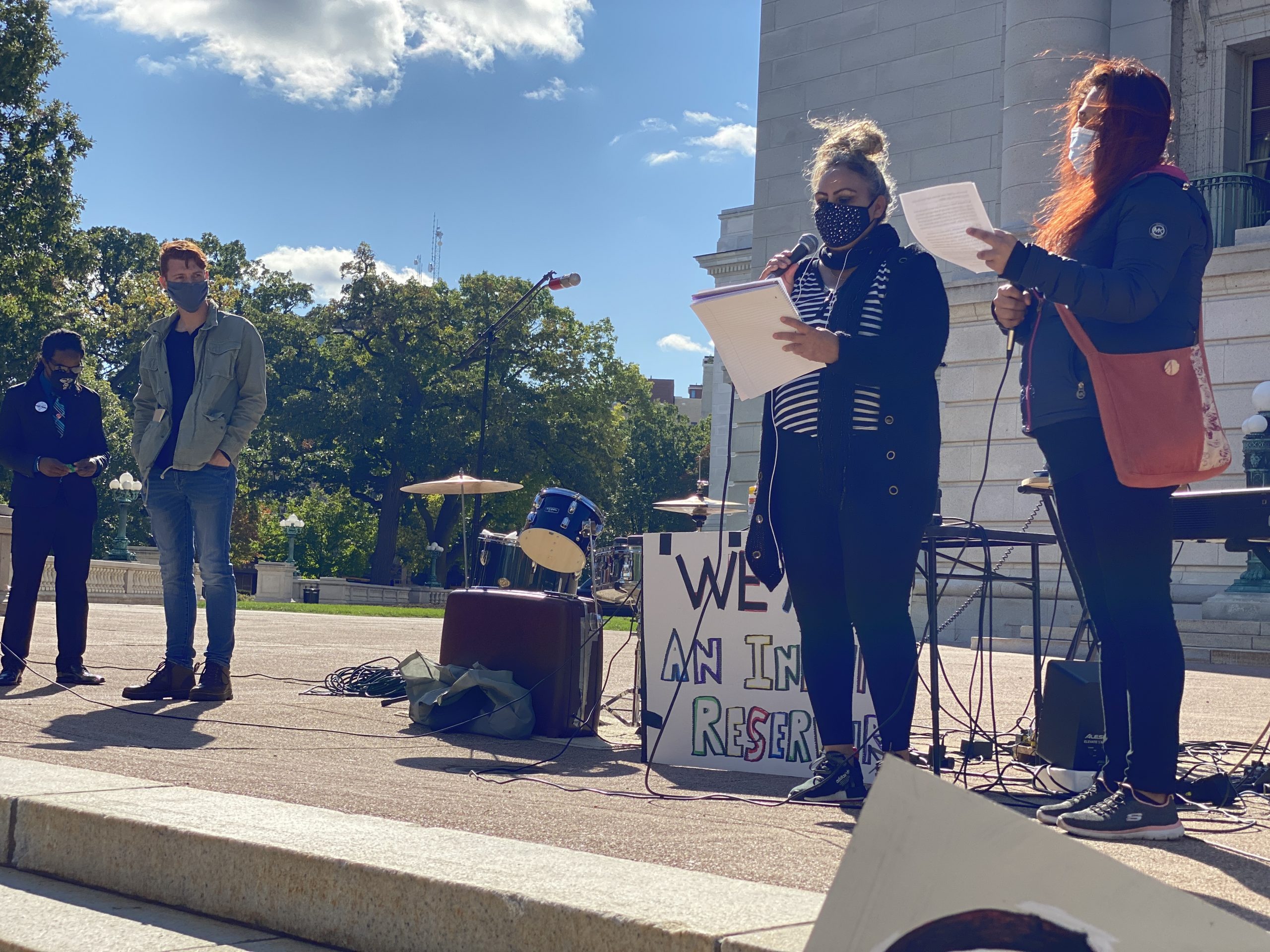 “I don’t have access to healthcare, because I don’t have documents,” Cruz said, “Even though I work up to 80 hours a week, and I pay taxes, I still don’t qualify for Medicaid.”

“We all deserve the same healthcare and treatment as the people who can actually afford the ridiculous prices that you have to pay for that,” Alexander said. 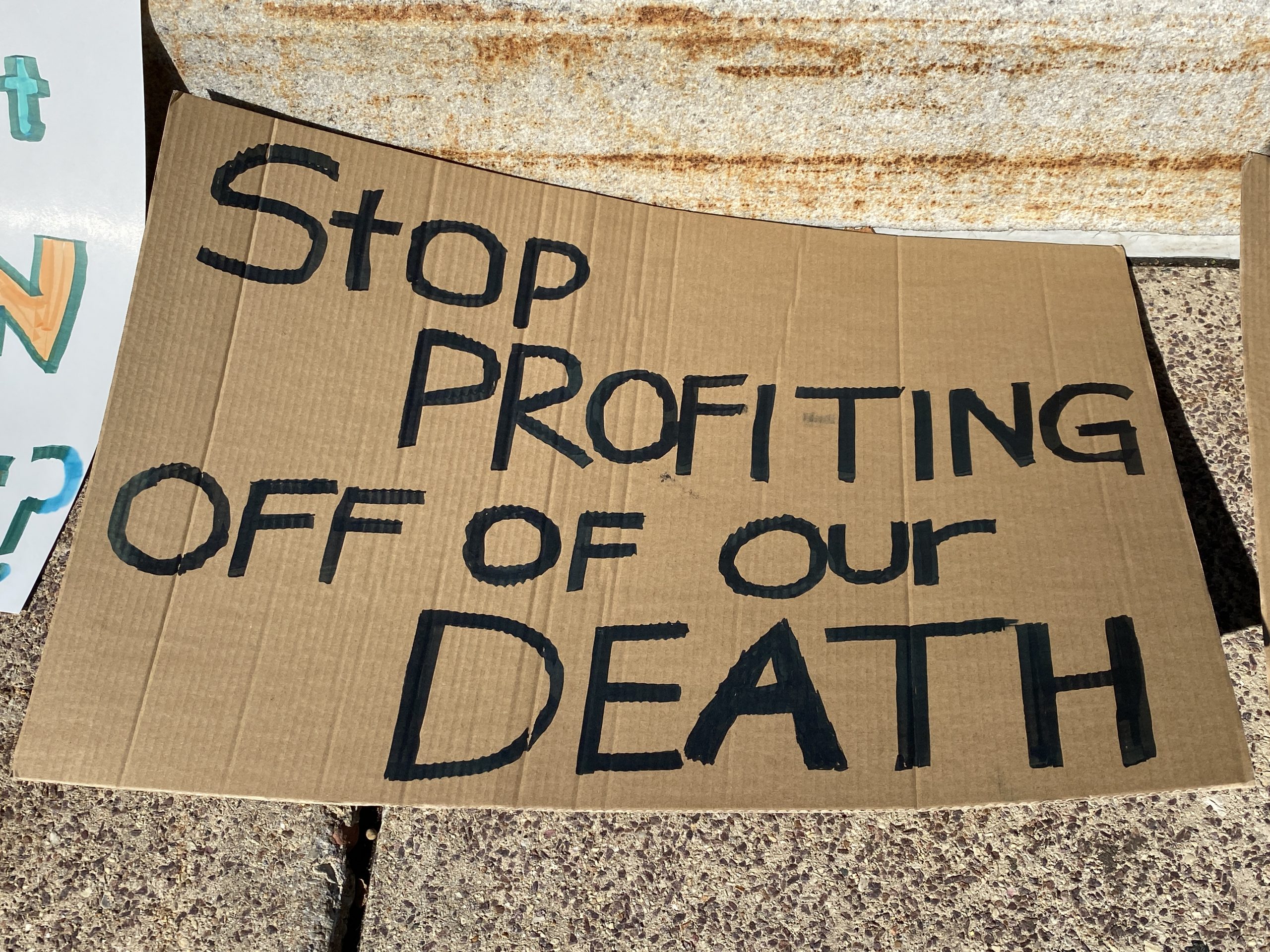 Demonstrators marched a short walk from the Capitol to the Wisconsin Manufacturers and Commerce building, where speakers gave more personal testimony.

Some recalled the experience of considering future bills while in the middle of a health emergency — while  corporations, they said, had benefited from the pandemic.

The march is part of a nationwide week of action to advocate for universal healthcare.

Photos: Chali Pittman/WORT News. This headline has been updated.