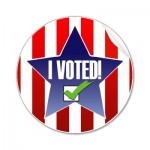 In this special Election Day edition, Milele Chikasa Anana, of Umoja Magazine spoke with our host Aaron Perry on Tuesday, November 6. Milele joins the program to stress the importance of voting. She explains the importance of just one vote, “in 2004, the Mayor’s race in Milwaukee was decided by one single vote…so you’re single individual vote does count. In 1960…the margin of victory that Kennedy had over Nixon was less than 1 voter per precinct…that was a contest that has some similarities and possibilities for this contest. I hope there are people out there who believe that one vote matters.” She stresses the 15th Amendment, which provides each citizen the right to vote, “people can not be denied the right to vote based on race, color, or previous condition.”

Aaron asks Milele to describe some of the changes she has seen, over her lifetime. “I think the election of President Obama is definitely a historical event that will go down in the history books. I think he brought in a fresh perspective, and of course he is the first African American [President]. It is only a few years ago that African Americans were fighting to vote. They had to fight voter intimidation, they had to pass a literacy test, they had to pass the grandfather clause, and they had to pay money to vote. And the NAACP and the ACLU and many organizations were fighting that kind of thing…so to have a person elected president, who just, in the past fifty or sixty years, his folks could not even vote, that is a miracle.”

“If you don’t vote, your opinion does not matter,” Milele explains.

Listen to the entire conversation here: