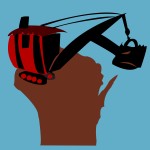 Over the last two months the Monday morning 8 O’Clock Buzz has had ongoing coverage of the mining bill brought before the Wisconsin State Legislature in early January. Republicans proposed changing a host of environmental and zoning regulations in the hopes of reviving a mining industry in northern Wisconsin. The bill has been widely criticized for weakening environmental laws and potentially violating Indian treaty rights.

We’ve compiled the complete series on this page. Here are interviews from four different perspectives: an expert on bedrock geology in Wisconsin, Thomas Evans, an expert on Indian treaty laws, Richard Monette, Wisconsin Senator Tim Cullen, who proposed an alternative bill, and finally, an expert on the economics of mining iron from a global perspective, Steven Randall.

Thomas Evans is the Assistant Director at the Wisconsin Geologic and Natural History Survey. He joined the 8 0’Clock Buzz on Monday to share his expertise on bedrock in northern Wisconsin. Understanding bedrock content in Wisconsin is crucial when extracting large deposits of any kind of mineral. Most of the rock in Wisconsin that are currently of interest, according to Evans, is a lower grade iron ore. About 25 to 33 % of the rock formation is usable iron ore. Much of the remaining rock is considered waste. Waste rock causes concern because it has to be managed, if not properly dealt with the waste rock can release harmful toxins. 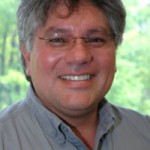 Richard A. Monette, Associate Law Professor at University of Wisconsin Madison, came by the station on Monday, February 11, 2013, to talk about the mining bill and the impact it could have on tribal treaty legislation rights. Monette is currently the Director of the Great Lakes Indian Law Center at UW. He was formely the chair of the Turtle Mountain Band of the Chippewa Nation, as well as a former Director of Congressional and Legislative Affairs for the US Bureau of Indian Affairs. 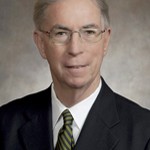 Senator Tim Cullen of Janesville joined the Buzz on Monday, February 18th, to talk with host Brian Standing, about the fast-tracked mining bill that is causing controversy. The bill allows mining companies to bypass environmental laws. Senator Cullen proposed an alternative bill that has attracted bipartisan support. He says he doesn’t think that his bill will ever be considered as a replacement bill, yet it continues to be read by others in the Senate. The hope is that the Republican bill will be influenced by his bill. He’s planning to offer it as an amendment.

Steven Randall, the director of Steel Index, a global service reporting iron ore and other steel component prices to investors, suppliers and buyers, joined the Buzz from London on February 25, 2013. He brings with him over 25 years of experiences in buying, selling and trading iron. On this addition of the Buzz we look at the economics of the steel industry.