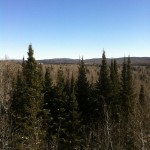 On Thursday November 8, host Tony Castaneda speaks with UW Lacrosse Professor Al Gedicks about the resurgence in the mining rush, and the attempts to get rid of anti-mining environmental laws. Al Gedicks is also an organizer with the Midwest Coalition Against Lethal Mining (MCALM).

The reintroduction of the mining bill is a top priority on the agenda for the upcoming session. Al comments, “It is a fundamental assault on the environmental protections and the public participation provisions that have been won by environmental battles that have gone back to the 1970s. This is a bill that was written by [mining company] Gogebic Taconite in cooperation with Wisconsin Manufacturers and Commerce Association to pave the way for a gigantic open pit iron mine in the Penokee hills in the bad river water shed next to Lake Superior and next to the sacred rice wells of the Ojibwe tribe….” Al explains that the passing of this bill would “set a dangerous precedent for future mining proposals of which there are many…that could affect the environment, health, and economies of these northern communities.”

There is a resistance movement against the bill, Al reports, “a broad coalition of interests has mobilized to defeat that bill, AB 426 the iron mining bill, and will reconvene when the legislation does to work against the passing of that bill.”