Madison’s homeless community will have a softball team this year in MSCR’s city-wide league.

On Friday at 6:15 PM, Circuit Court Judge Everett Mitchell will toss out the opening ball for the team’s opening game at Field Number 2 at the Goodman Park at 100 West Olin Avenue.

In this week’s Game On, Producer Alejandro Alonso Galva speaks with the organizers of the new Beacon Eagles and Street Pulse Sluggers.

This year MSCR will feature a softball team for the homeless.

Two teams, a men’s team and a co-ed team, are comprised of current homeless people, former homeless, and homeless activists.

“The Street Pulse Sluggers” is the men’s team, named after Madison’s newspaper for the homeless. And the co-ed team, “The Beacon Eagles,” named after Dane County’s new day shelter and the Edgewood baseball and girls’ softball team, which gave the teams plenty of bats, balls, pants, helmets, and of course jerseys. To honor their donation, the team decided to keep Edgewood’s mascot, the Eagles.

The teams have sponsors and donors from around the community including Catholic Charities, Bethel Lutheran Church, and First Methodist Church, and it all started with Mike O’Neil, a former high school baseball player and writer for Street Pulse.

“I’m actually only a two-year resident of Madison, but about six months ago I started doing writing for the homeless newspaper…. IU noticed that a number of the homeless had sports interests when I’d talked to them. A few months ago, I had the idea of ‘what if we were to start a softball team involving the homeless people?’”

Mike O’Neil then reached out to Jeremy Evenson of the Street Pulse. And Karen Andro, Director of Hope Ministries at First Methodist Church. They received permission and support from MSCR.

After only a few weeks, they had signed up almost 20 players.

At the season opener, Dane county circuit court judge Everet Mitchelle will toss out the opening pitch. It’ll be a special moment not just for rec sports, but all sports.

O’Neil says the teams are a place for players to just have fun in the midst of what we can all imagine is a tough times in their lives.

For Karen Andro, who helps to organize various programs for the homeless at first Methodist Church, this program feels different because, as she puts it, it is normal.

“Working though my job in homeless ministries, it was really exciting for somebody to approach me and talk about something that had nothing to do with the service because it was something that you would talk about in a neighborhood, in a community.”

Madison is not the only city to do this.
San Diego, Denver and Louisiana all have similar programs sponsored by near by MLB teams.

Andro drew some inspiration from those teams.

“There’s a coach in another state who does street outreach and he brings softballs with him. He has a message on the softball: Meet us on the field… I thought I can do that too because I can invite people to the field as a spectator. People can be involved in this community in many different ways.”

But Andro also emphasized, that Madison is doing it a little different than other states.

“What we are doing is unique in that we are inviting people to the field who are formerly homeless, currently homeless, and those who are advocates… So it isn’t a polarizing experience where it’s we and they.

I had a chance to meet John Brown, a member of the team, and John has a goal for opening day.

“I really want be the first one to hit the ball when [Mitchell] throws it. I want to be the first up to bat.”

John says the most powerful part of the team is how people different backgrounds and life and struggles come together for each other.

“We are from different backgrounds… And we all get a chance to participate in something together for a change.”

So often we get caught up in the limelight and huge profit margins of sports, that we can forget what the game is all about, bringing communities together.

Alejandro Alonso Galva reported the story for WORT News and Game On. 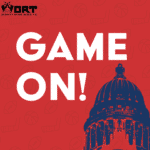 Game On! is WORT Madison's news feature on sports. We cover major trending topics in athletics and also shine a light in the corners of the sports world ignored by major media outlets.