Friday April 30 at midnight on XLII90 Live Music Radio Hour, Nufone Rick ended up switching it around at the last minute.  Tony Markellis, bassist for Phish frontman Trey Anastasio‘s Band and the David Bromberg Band died earlier that day and in memory he did a show focusing on Tony’s work in Trey’s band. WORT’s music hosts are famed for doing great memorial tributes and this one’s no exception, so be sure to check it out on our archives.
[photo of Tony Markellis licensed by creative commons] 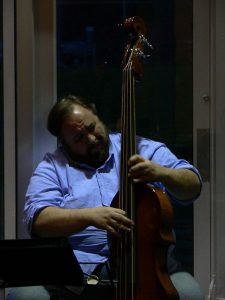 Long-time WORT Friday night rock host Harry Rag interviewed Reasonable Facsimile, former WORT volunteer and a pioneer of Madison’s punk scene, with fascinating results! On Friday April 30 from 8-11 pm he did a special 40th Anniversary edition of the show. Visit our website to stream the interview and the whole show on demand, and please feel free to leave comments for R.F. using the form at the bottom of the story. 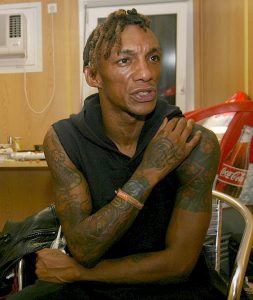 Peter Haney, host of Back Porch Serenade on Tuesday mornings said of his April 27 program, “I thought the U.S.’s recognition of the Armanian genocide was a good opportunity to sample music by Armenian and Armenian American composers.”  The show includes the music of Alan Hovhaness, Aram Khachaturian, Arno Babadjanian, Loris Chobanian, and Eve Beglarian.

In the wee hours of 4-27-21 (2-5 am) Rolling with Scissors producer and host Lucas The Prince of Darkness featured all women artists – check out the playlist here and listen to the show on WORT’s archives through May 11.
[Photo courtesy Lucas, Prince of Darkness]

WORT’s own Nate Gibson of Back to the Country (alt Weds 9 am-noon) says “I’m still pretty excited about the April 24 episode of Earworm on “Trucker Country”featuring myself and friend Travis Stimeling as well as Chip Davis of “Convoy” fame. Estelle and the folks at Vox did a really amazing job with this.” Check out that episode of the Vox video series Earworm here.

Nate adds: “Wow, what an exciting week it’s been for Starday Records!
Vox just published a rad animated feature on the history of truck driving music and I got to be one of the talking heads along with my pal Travis Stimeling. I’m super impressed by the story, the animation, and all of the production that went into this 14-minute Earworm episode and I am honored to be included. Many thanks and congratulations to Vox, Estelle Caswell, Antonella Crescimbeni and Travis for such a cool piece!
“This week I also learned one of my favorite podcasts, Cocaine and Rhinestones, is doing a 2nd season (Hooray!) and the first episode this week is a 2+ hour feature all about Starday Records. As Tyler (the host) mentions at the end, my book was the primary source used throughout the show and I enjoyed hearing the various song snippets in between the stories. I very much appreciate Tyler’s kind remarks and enthusiasm for the Starday book and I hope some folks out there take him up on his recommendation to read the rest of it. Check out the podcast here. For anybody who wants to purchase The Starday Story, I have a few of the original 1st edition hardcovers left or you can request it from your favorite local bookstore or your local library.”