Skip NavigationMenu
Wow! Thanks for your great response to our shows this week, like the Dan Dieterich tribute with D.J. el Serpentine on Friday On My Mind  as The Rattlesnake Shake. Check out our archives page to hear him profile Dan, a local rock figure, frantic frontman and vocalist with bands like Mad Trucker Gone Mad, TED, Clip The Daisies, Fuzzdolly, Brainerd, Butthole Surfers tribute band Pee Pee The Sailor and more. As el puts it, “We lost our good friend and local musical powerhouse Dan Dieterich on New Year’s Day and I want to pay tribute to my longtime pal.  The Dan Tribute portion of the show will start a little past the halfway mark, so sometime a bit after 9:30 pm. I definitely need to play some of those songs after 10:00 pm when the FCC regulations are more cooperative! Expect a handful of songs each from TED, Clip The Daisies, Fuzzdolly, Mad Trucker Gone Mad, Brainerd, and maybe more… we’ll see how it goes. Tune in and turn it up! R.I.P D.D.”
– Love, D.J. el Serpentine 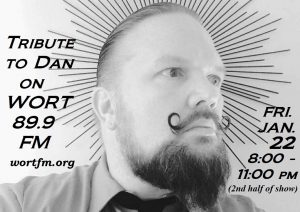 Elsewhere in our archives on Back to the Country,
Art Stevenson explores The Battle Of New Orleans, remembers Tony Rice & 2020 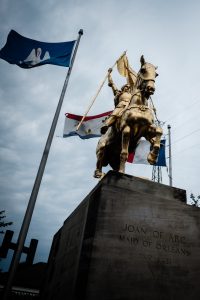 A message from Art, one of our newest morning hosts: “Howdy Folks! Stream this month’s episode of Back To The Country with Art Stevenson, originally heard on Wednesday, Jan. 20 from 9:00 to 11:00 am! (The show ended an hour early this time as we were honored to be “opening” for President Joe Biden and Vice President Kamala Harris’ inauguration ceremonies.)  Listener requests, new music from 2020, a tribute to the late, great bluegrass guitarist Tony Rice, and an exploration of the music and lyrics of listener favorite Johnny Horton‘s hit song “The Battle of New Orleans” are all on this week’s program. Get yourself a biscuit and a mug of hot coffee and let’s go Back To The Country!”
Note: This program file is only two hours long – special thanks to Art for allowing this week’s show to be cut short for Pacifica Radio’s inauguration livestream.
(Photo of New Orleans monument by Morgan Petroski on Unsplash) 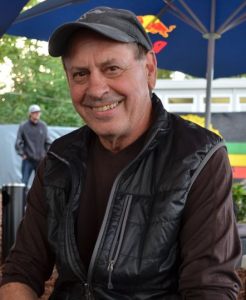