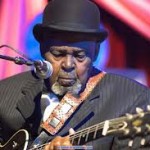 I first interviewed Henry Gray by phone on June 30, 2004 to help promote his performance at the Folklore Village on July 23 and the Dodgeville Blues Festival on July 24 that year and that’s the interview that is linked to this page. After doing the phone interview I decided I’d like to do a […]

On the left is a photo of me (snapped by April 14, 2009, by Chicago Sun-Times photographer Brian Jackson)  seemingly yelling at  Rod Blagojevich.  The former Illinois governor had just exited Chicago’s Dirksen Federal Building where he had entered a “not guilty” plea to a wide variety of corruption charges, including the allegation that he […]

Don’t forget to call in a pledge during WORT”S Fall Pledge Drive. I’ll be on the air with guest Harry Rag on tonight’s edition of “I Like It Like That”. If the phones are busy, I play a lot more music!! Tune in and help WORT stay on the airwaves!!

Don’t forget to pledge during the upcoming WORT pledge drive. If you want the hits to keep on comin’, call in a pledge between Oct. 7th and Oct. 20th. We’ll appreciate it and you’ll feel good about it!!

I’ve posted a petition on my facebook page. Mike Love has “fired” Brian Wilson, Al Jardine and David Marks from any further touring with The Beach Boys. I think this sucks!! If you feel the same way, go to my facebook page and sign the petition!! If you do a search for Rockin’ John Mc […]