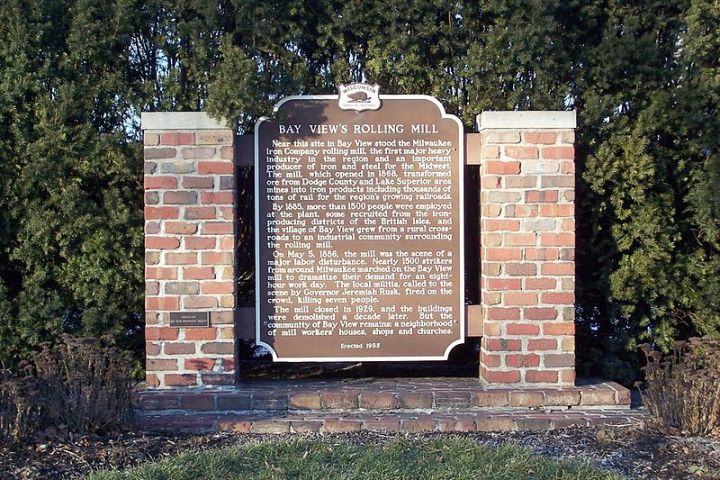 On Wednesday May 1, as workers in Milwaukee rallied in the tradition of the May Day worker’s holiday, host Tim Hansel talked with labor leader and union member Kenneth Germanson about May 1st celebrations, the rise of the labor movement in the United States, and the Bay View Massacre. They also discussed the re-naming of this day to ‘National Loyalty Day’ during the Red Scare.

The Bay View Massacre occurred in Milwaukee in 1886, when state militia ordered to “shoot and kill” fired into a crowd of over 1400 workers marching on the Milwaukee Iron Company rolling mill to demand an 8-hour work day of their employers. Seven died. Commemoration of this tragedy is now held the first Sunday in May at 3pm, in view of the former rolling mill location.

For the second half of the show, the discussion moved from the history of the labor movement to it’s issues today and potential future, in light of the recent tragedy in Bangladesh. Germanson advocated the need for worker solidarity and inclusiveness, across lines of race, ethnicity and age.

For more information on the Bay View Massacre commemoration event:

To listen to the entire episode: