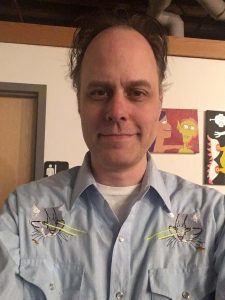 I bought my first CD in the early spring of 1990 (it was Abbey Road). I was a college Freshman and my dormmate had gotten a player for Christmas. This technology was still relatively new but was already changing the way we bought and enjoyed music. The compact disc combined the easy access of vinyl with portability of the cassette. With the push of a button you could enjoy over an hour of uninterrupted music! And the discs were small and took up less room than a piece of vinyl.

Flash forward 30 years and I can walk into any big box store and buy a thumb drive large enough to store the music of tens of thousands of CDs for not much more than I paid for that copy of Abbey Road.

To say things have changed is an understatement. The massive accessibility and consumption of digital music in the 21st century dwarfs the seemingly primitive medium of the compact disc. But the CD was undoubtedly as revolutionary for broadcasting as it was for consumers. Our massive (and overflowing) CD library is a testament to how that medium dominated the way we got music at the end of the last century. Taking a look at our vinyl collection you can establish that most major labels stopped sending out vinyl in the early 90s. I’m willing to bet that the majority of music played on WORT in the last 25 years came directly from CD or was a digital file that was ripped from a CD.

But as it is with everything in 2020, broadcasting shifted massively during the pandemic. Our collections sit quietly while DJs create programming from home, undoubtedly still using CD sourced material for their shows but likely mixing in downloaded music more than ever before. And while this situation is an extreme extension of the global pandemic, it actually reflects the general trends of the industry.

In my six years of opening mail at WORT the volume of CDs delivered to us has dropped from hundreds per month to just about a hundred a month. But we’re still getting a large volume of music as labels and artists are increasingly sending digital downloads of music instead of CDs. From an efficiency standpoint this makes a lot of sense. CDs cost money to manufacture and take time to package and mail. A digital album can be attached to an email and sent to thousands of recipients with the click of a button. CDs are compact but once you amass 30+ years of them in one spot they do take up a significant amount of space. The compact disc was a great leap forward but compared to the flexibility of modern digital distribution is exponentially beyond what a CD can deliver.

The hope on my end during the pandemic was that WORT would see fewer CDs in the mail. Those levels dropped for a few months (as did downloads, as there weren’t a lot of records being released) but have ticked back up to pre-pandemic levels. While I’m expecting this will continue a slow decline, it looks as though the CD is here to stay at least for the foreseeable future. Printing and manufacturing processes have become cheaper and easier and no longer require large volume orders. Touring musicians have reported that CDs are still something that fans want to buy at shows. Having something tangible for music is still a big deal. But eventually the compact disc will be rendered obsolete and they will stop filling our inbox.

So what does the decline of the compact disc mean for music at WORT? In the second part of this article I’ll detail what we’re doing with digital downloads and how to handle our overflowing CD collection and how that’s feeding into the WORT Digital Library. Stay tuned.