UW Madison unveiled their new exhibit with the university’s Public History Project today, which examines discrimination on campus throughout the decades.

Located on the main floor of the Chazen Museum of Art, the exhibit, titled Sifting and Reckoning, contains photographs, testimonies, and documents outlining the history of discrimination on the campus.

The project officially began back in 2019, but as LaVar Charleston, deputy vice chancellor for diversity and inclusion for the university explains, the idea of a project such as this began after the Charlottesville Rally in 2017.

The Unite the Right rally saw members of the alt-right, neo-Nazis, and white supremacists march in the street of Charlottesville, Kentucky, killing one counter-protestor. After that rally, then-Chancellor Rebecca Blank looked back at UW Madison’s history, and saw that two groups had registered on campus called the Ku Klux Klan in the early 20th Century. Charleston says that Blank then wanted to do a study looking back at UW Madison’s history of discrimination.

“Chancellor Blank commissioned a study group to do this work. Its members concluded that the UW needed to confront what was not the abhorrent work of a few individuals or just a couple of groups, but a pervasive campus culture of exclusion, racism, and of religious bigotry that went largely unchallenged in the early 1900s, and was really a defining feature of American life during that time,” Charleston says. 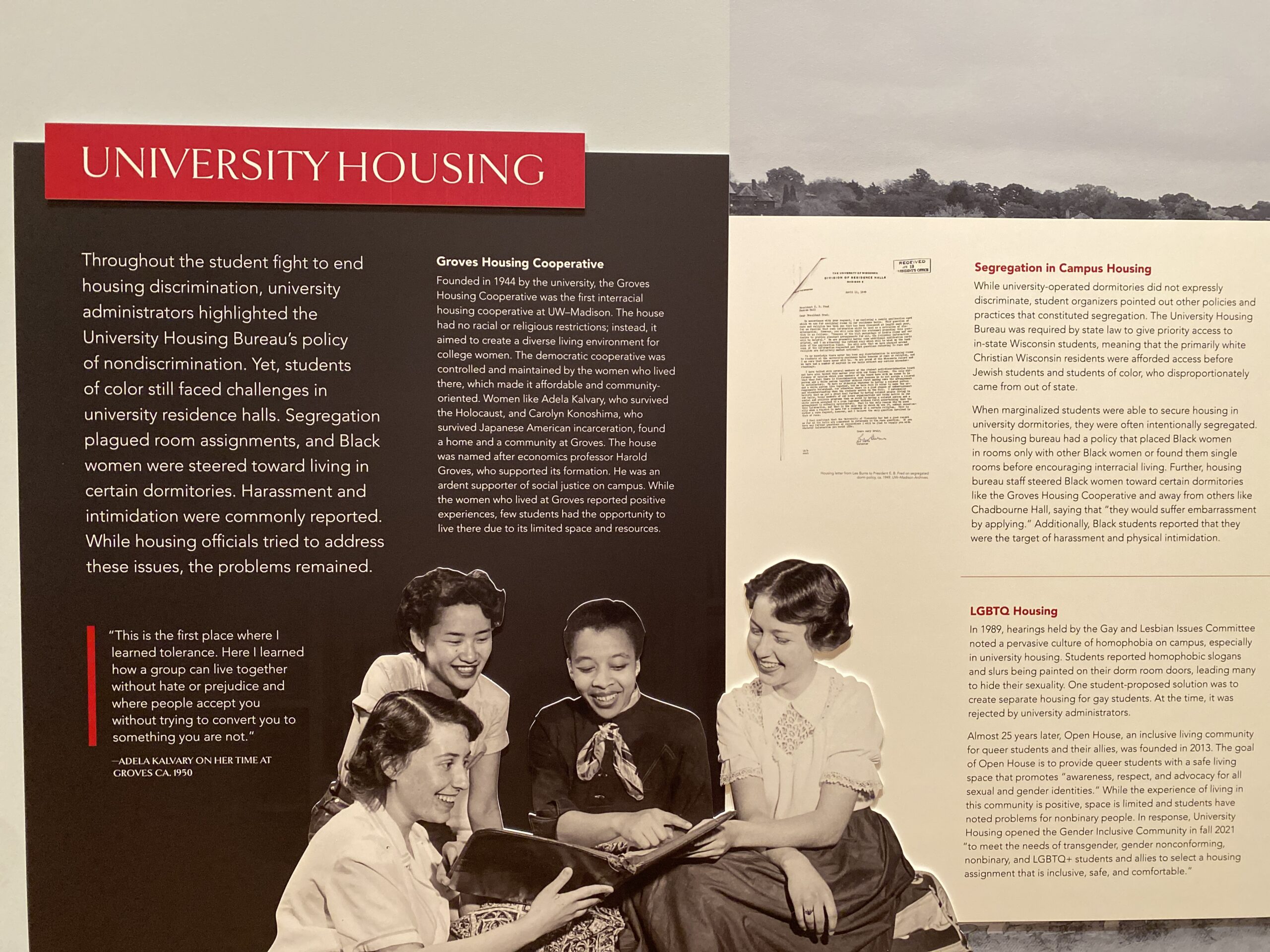 The two Ku Klux Klan groups on campus, founded in 1919 and 1926, were allowed to meet on campus without objection from the university, though neither group had official ties to the national Klan group, the Knights of the Ku Klux Klan.

“Public history is, at its simplest, history that is written and made accessible for the public, for the people in our community. While many other universities have looked into their histories, no other has made public engagement the center of their work, this project has. Our work, including this exhibit, is focused on our community, and how best to make this accessible to them,” Lucchini Butcher says.

The work done with the Public History Project will not just live as an exhibit. John Zumbrunnen is the vice provost for teaching and learning at UW Madison, and a professor of political science. He says that the work and findings done as part of the Sifting and Reckoning exhibit will help to influence teaching across campus.

“In my own teaching, I’ve often seen the value of asking students to engage with complex, challenging issues in our world by thinking how those issues appear here on the UW Madison campus. I found that, for example, as students learned about the protests that happened on this campus in the 1960s, they think about democracy and citizenship and their own role in democracy in new and complex ways, and almost always with differing opinions,” Zumbrunnen says. 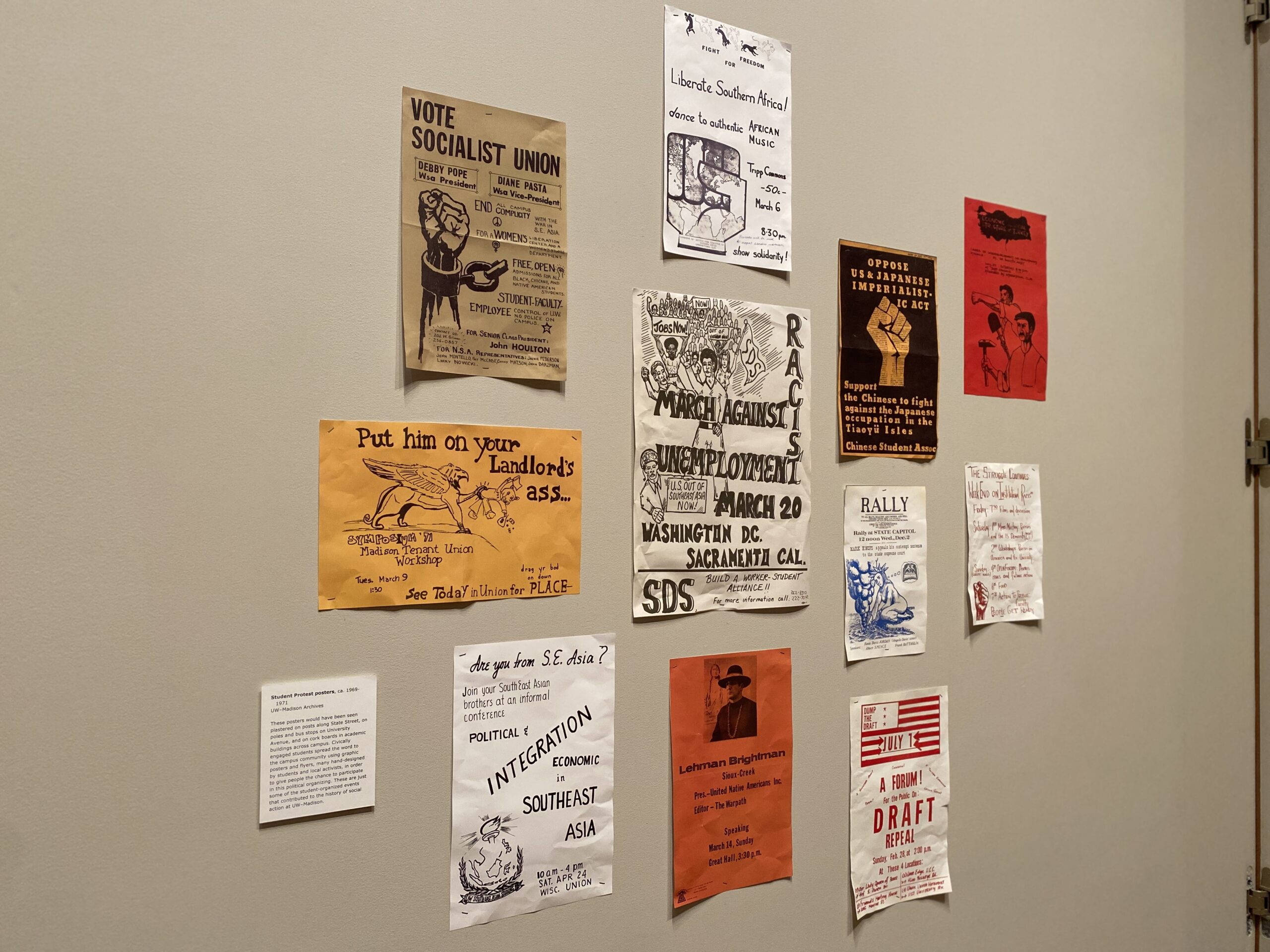 Not everything in the exhibit is ancient history from before our time. Scattered throughout the halls are testimonials from students taken within the last two years outlining their own experiences with discrimination on campus. 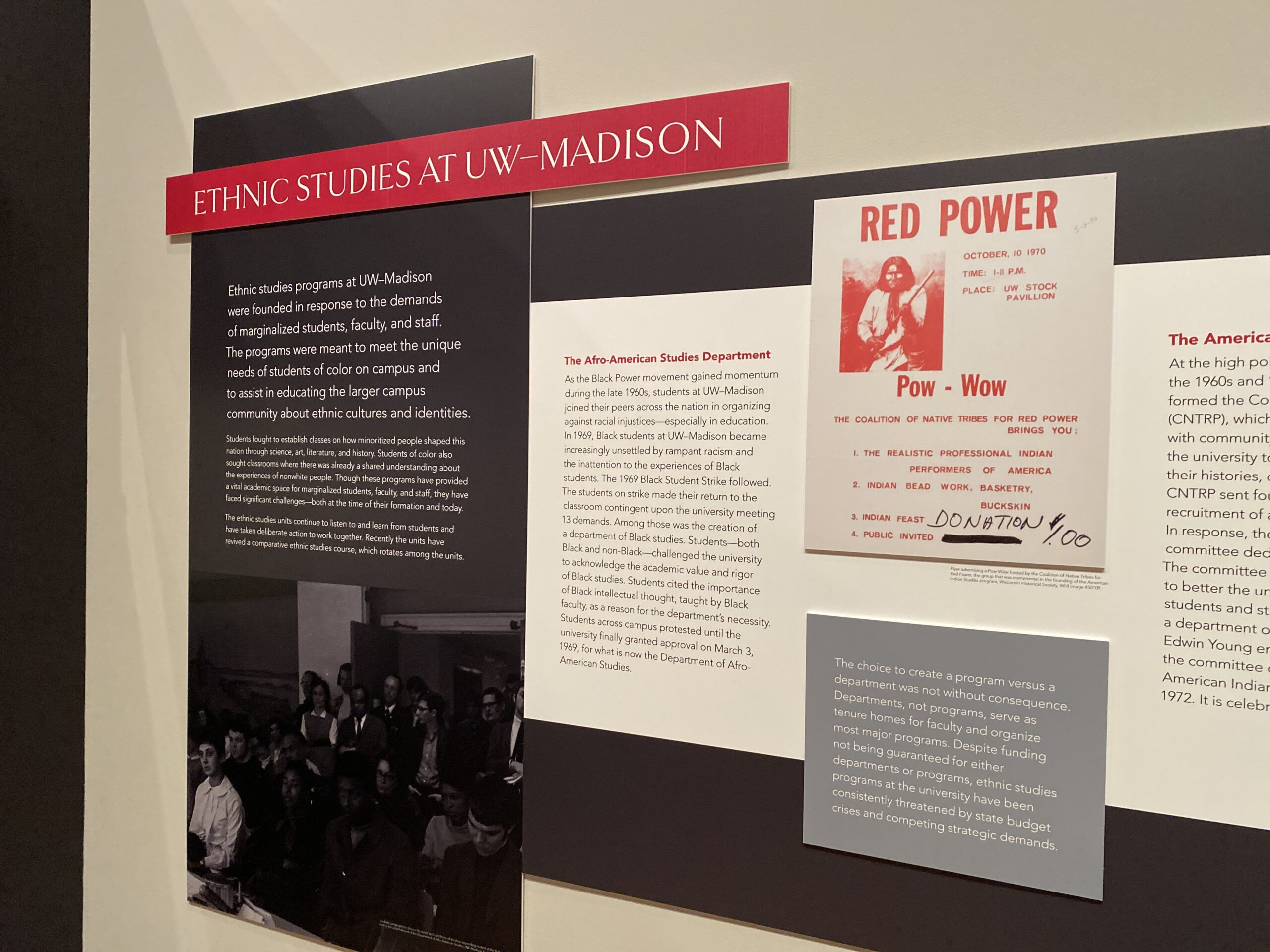 Some of the items in the exhibit can be hard to stomach, as LaVar Charleston points out. There are many depictions of blackface, speeches on the benefits of eugenics, and reports from the university’s investigations into gay students on campus. But Charleston says that the point of the exhibit is not to simply shame the university for its past.

“I want to acknowledge that there will be difficult aspects of this exhibit, that there are episodes in this institution’s past that do not reflect well on people or organizations, or perhaps the university as a whole. But there are also powerful stories of resilience, and places where students and employees have shown tremendous courage and really landed on the right side of history to help progress and move our institution forward. So I hope that people come away with a new sense of pride in UW for being transparent and honest about its past, and for making significant strides in many different areas. I hope people see progress in this exhibit,” Charleston says.

The exhibit opened its doors today, and will run until December 23. After that, the exhibit will live on online.