These are the new appointments:

Alicia Lee, assistant professor of clarinet
Born into a musical family, Alicia Lee grew up in Michigan, where she began playing violin and piano at the age of five and switched to clarinet at the age of 12. 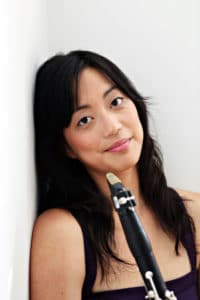 Before her appointment at the Mead Witter School of Music, she maintained a freelance career throughout New York City, performing and touring regularly with a variety of groups, including the Orpheus Chamber Orchestra, the Knights, Alarm Will Sound, NOVUS, and ACME. She has performed at the Marlboro, Lucerne, Spoleto (Italy and US), Yellow Barn, Festspiele Mecklenburg-Vorpommern and Bay Chamber music festivals.
Lee is a founding member of Decoda, a chamber music collective. She is also the director and on the faculty of the Decoda Skidmore Chamber Music Institute.

Lee is the newest member of the contemporary music group NOW Ensemble, a collective of composers and performers that creates music in a continuous collaboration. Lee was formerly the associate principal and E-flat clarinet player of the Santa Barbara Symphony, a position she held for seven seasons. She holds a bachelor’s degree in French language and literature from Columbia University and pursued musical studies at The Juilliard School. She earned additional degrees from the University of Southern California and The Colburn School. 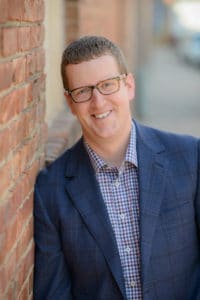 The past two seasons, Hutchinson was assistant conductor of the South Dakota Symphony Orchestra and music director of the South Dakota Symphony Youth Orchestras. Working with students ages 8-18 and conducting three of the four ensembles within the organization, Hutchinson helped the SDSYO grow to the largest enrollment in the program’s history. The Youth Orchestra performed works by and had residencies with John Luther Adams and Theodore Wiprud. The orchestra was one of only three youth ensembles in the country to premiere “Dreamtime Ancestors” by Christopher Theofanidis.

An Iowa native, Hutchinson holds conducting degrees from the University of Minnesota and Bowling Green State University and a bachelor’s degree in music education from Morningside College. 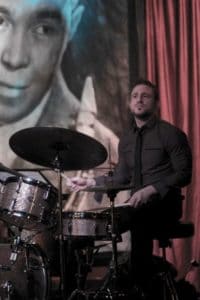 Born in Sauk City, Matthew Endres received his bachelor’s of music degree at UW-Stevens Point, his master’s degree in jazz studies from the University of Illinois and his doctoral degree in jazz studies and ethnomusicology at the University of Illinois. Endres has performed extensively as a bandleader and as a sideman in national and international venues. He is the drummer for the Downbeat award winning group “Old Style Sextet.” 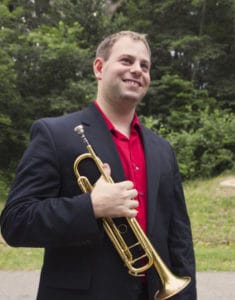 Green Bay native Alex Noppe has had a diverse performing and teaching career as a soloist, chamber musician, orchestral player and jazz/commercial artist. He is a founding member of and the resident composer/arranger for the Mirari Brass Quintet which for eight years has performed in concert halls, universities, schools, and churches in over 30 states and China. Alex has played for five years with the Louis Romanos Quartet. He has appeared on stage or performed with Eric Alexander, Chris Potter, Randy Brecker, Wayne Bergeron, Johnny Mathis, Hank Jones, the Count Basie Orchestra, the Rolling Stones Project, Sylvia McNair, Byron Stripling, Wycliffe Gordon, John Clayton, Leonard Slatkin and Garrison Keillor.

Timothy Hagen, adjunct professor of flute
Timothy Hagen is an internationally acclaimed flutist. He won first prize as well as the award for Best Performance of the Newly Composed Work at the 2016 Myrna W. Brown Artist Competition, sponsored by the Texas Flute Society. 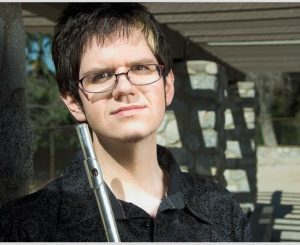 As principal flute of the Missouri Symphony, Hagen spends his summers in Columbia, Missouri, where he performed multiple times as a concerto soloist. He has also substituted regularly with the Symphony of Northwest Arkansas and as principal flute with the Dallas Wind Symphony. Over the past decade, he has been active as a guest musician with ensembles throughout the country. In addition, he has had solo debuts at New York’s Lincoln Center and 92nd Street Y and performed at the Atlantic, Hot Springs, and Las Vegas Music Festivals, as well as the Norfolk and Austin Chamber Music Festivals.

In addition to his current role at UW-Madison, he has taught at Oklahoma State University, The University of Texas at Austin, Lincoln Center, the Los Angeles Philharmonic, the Dallas Symphony, and Brookhaven College.
Increasingly in demand as a composer, Hagen has won awards from the American Composers Forum and MetLife Creative Connections. His chamber and solo works for flute, published by Owl Glass Music, have been commissioned and performed throughout the United States. 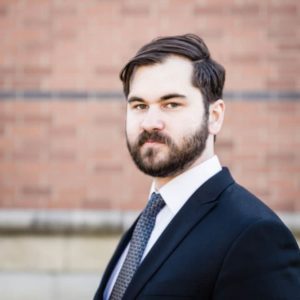 Double bassist David Scholl currently serves as principal bass of the Madison, Quad City and Dubuque Symphonies. He frequently appears with Elgin, Rockford and South Bend Symphonies and was previously a member of the Illinois Symphony. He is also active in the new music community including appearances as a guest artist on Chicago Symphony’s MusicNOW series, University of Chicago’s Contempo series and with the Spektral Quartet.
Scholl received both his bachelor’s and master’s degrees at Indiana University. While there he also studied historical performance. He continued studies as a fellow at the Aspen Music Festival and at the Civic Orchestra of Chicago, where he was principal bass.

Matthew Richardson, instructor of musicology
Matthew Richardson, associate instructor of ethnomusicology, has taught world music at UW-Madison since fall of 2016. Earlier that year, he completed his Ph.D in musicology at Northwestern University. His primary research investigates aesthetics and fan culture in the Japanese pop music genre known as idol music. He uses approaches from semiotics, mediation, and aesthetic philosophy to understand the role music plays in cultures’ attempts to understand one another. His other research interests include the introduction of European music to mid-nineteenth-century Japan and representations of Japan in U.S. and European culture. His master’s degree is also from Northwestern and he earned a bachelor’s degree in music history from Oberlin College minoring in trombone.