We break down the difference between "Obamacare" and "Trumpcare" into edible bites, while also looking back at the 50 year history of the U.S. health care battle. "Nobody knew health care could be so complicated."

Speaker Paul Ryan canceled a vote on the American Health Care Act Friday. The vote was planned for 2:30 P.M. (CT) after being delayed twice on Thursday. On Friday afternoon Ryan went to the White House to discuss dropping the GOP healthcare plan when it was evident the bill did not have enough votes to […] 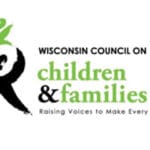 On the seventh anniversary of Obamacare we speak with John Peacock about the GOP health care bill that might replace it. We discuss the political aim of the Freedom Caucus, the pitfalls of Trumpcare, and how it will affect Wisconsin. Mr. Peacock is the research director for the Wisconsin Council on Children and Families.

The GOP healthcare bill would bar Badgercare users from going to Planned Parenthood Clinics for basic services such as cancer screenings, prenatal care, and more. Over 50 thousand Badgercare patients use Plan Parenthood’s 22 clinics across Wisconsin.

24 million Americans will lose their health insurance under the new proposed health care law, according to the Congressional Budget Office. The new bill, proposed by Speaker Paul Ryan and President Donald Trump, is being dubbed Obamacare-light by critics on both sides of the aisle. Conservatives say it doesn’t eliminate the Affordable Care Act enough.While […]

The Congressional Budget Office announced that 24 million people would lose their health insurance under a new health care plan proposed by President Trump and Republicans. On Tuesday, Mar. 14, protesters marched against the bill in front of, Speaker Paul Ryan’s office in Racine. Executive Director Robert Craig of Citizen Action of Wisconsin was there. […]

Hundreds of protesters from around the Midwest demonstrated at Speaker of the House Paul Ryan’s office in Racine, Wisconsin. We speak with Director of One Wisconsin Now, Dr. Robert Kraig, who was at the protest.