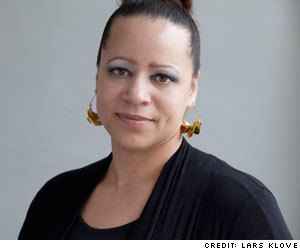 Joining WORT over the phone on February 13, 2013, was Nikole Hannah-Jones. She is an investigative reporter at ProPublica, the public interest newsroom. She recently published an article on February 8, 2013, titled: How the Supreme Court Could Scuttle Critical Fair Housing Rule. She joined the Buzz to talk about fighting housing discrimination.
Bio from ProPublica:

“Hannah-Jones joined ProPublica in late 2011. Prior to that, she covered governmental issues, the census, and race and ethnicity at The Oregonian. There she exposed significant shortcomings in the enforcement of fair housing laws in Portland, and eventually prompted officials to draft the city’s first fair housing plan. She has won the Society of Professional Journalists Pacific Northwest Excellence in Journalism Award three times.

Before The Oregonian, Hannah-Jones was a reporter at The News & Observer in Raleigh, N.C., where she covered school equity and the racial achievement gap. She has also gone on reporting fellowships to Cuba and Barbados where she wrote about race and education. the studio on “