On Thursday April 11th, host Allen Ruff spoke with Tim Shorrock about the current situation in North Korea. Shorrock is the author of “Spies for Hire: The Secret World of Intelligence Outsourcing.” He grew up in Japan and South Korea and has been reporting about Korea since the 1970s for many publications at home and abroad. 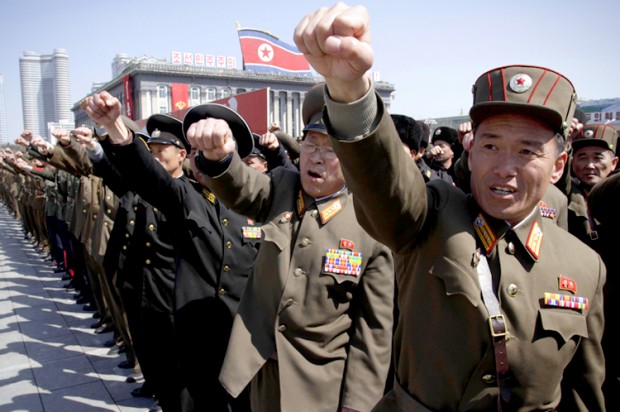 In his article for Salon entitled “North Korea: What’s Really Happening,” Shorrock writes, “in recent weeks North Korea has increasingly been focused on the role of the United States, the role of the United States military in South Korea and the whole Asian region. And they’ve been talking a lot about these massive war games that the United States and South Korea take that take place almost every year, and which one took place last week. And they see the United States and these war games as very hostile and as a threat to their sovereignty, as they put it. In other words, their “primary enemy” had shifted from the South to the United States. Since then, the DPRK has said again and again that Washington is to blame for the ongoing tensions in Korea, and that until those tensions are resolved, the region will remain in crisis.

And that’s basically where we are today. The Obama administration has a choice: It can continue a policy of sanctions, military pressure and no talks until North Korea agrees to abandon its nuclear weapons; or it can try something that’s been tried, with varying success in the past: negotiate, possibly with the assistance of China and other regional powers, toward a peaceful solution that benefits everyone in the region, including the DPRK. But two things are clear. One: America’s current policy toward North Korea is an utter failure. Two: Another Korean War is unthinkable. With the latest statements from the Pentagon today about “dialing back” tensions, those lessons may be sinking in.”