On Monday August 20th, Brenda Konkel spoke with members of Madison’s Occupy movement about the past and future of the downtrodden in Wisconsin and the Nation. She spoke with Bruce Wallbaum, Trina Clemente, Luca Clemente and Dan Callahan. 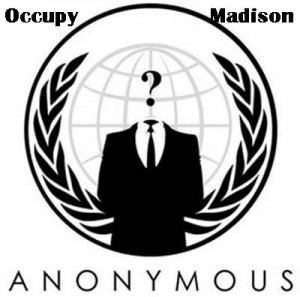 “Something is very wrong with the system in which we live. Programs designed to feed and educate children are having their budgets slashed, families are being thrown out of their homes and the jobs of hard-working people are cut due to no real fault of their own while the wealthiest 1% are bailed out, make record profits and our people are being sent overseas to fight and die for the protection of this system. We find it unacceptable that the top 1% who caused the hardships we all face flourishes while the 99% suffers in the economic crisis created by the 1%.

We are Wisconsin, we are the 99% and these are our demands:

1. A fair and just economic system that benefits all humanity not solely the 1%, including but not limited to substantial tax increases on the 1% to fully fund the needs of the 99% such as job creation, education and social services.

2. End the wars and redirect military spending to social programs.

3. Real democracy that allows the voices of the 99% to
heard and acted upon.

4. An end to the assault of the top 1% on workers’ rights and repeal of all anti-union laws.

5. The end of institutionalized racism, sexism, homophobia and attacks on immigrants.

6. Protection of the environment, a sustainable economy and an end to reckless pollution in order to preserve the planet for future generations.”

To read more about Occupy Madison: