Andy Gillies and Joe Haas have made a movie! AND they named it Oconomowoc.

Wednesday, May 1st, is playing at the Barrymore.

OCONOMOWOC is an absurd comedy about Lonnie Washington, a confused adult who moves back in with his boozing mother and reluctantly teams up with his friend’s mishandled t-shirt business in hopes of finding a little direction.   Amid their differing priorities and illusions of success, the friends’ future begins to take shape when they meet a keen girl who diagnoses Lonnie’s life predicament as mere self-importance. The newly found talent is just enough to send the fledgling men reeling for answers to a business deal gone bad. 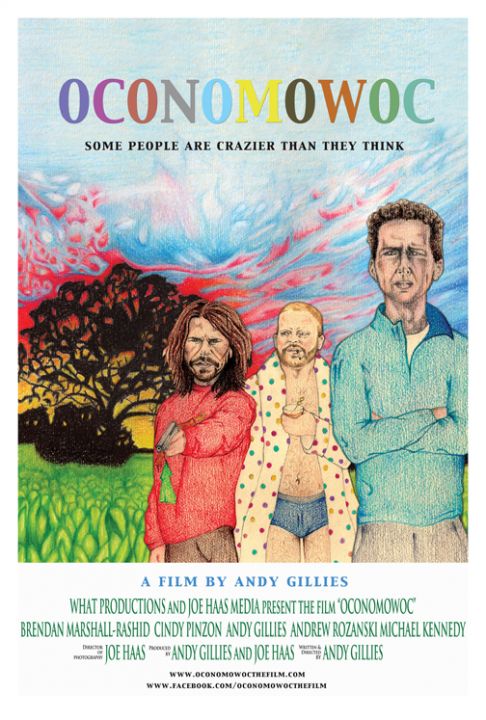 Andy Gillies and Joe Haas joined the 8 O’Clock Buzz on Friday, April 26, 2013, to speak with Jonathan Zarov about the upcoming film playing in Madison next week.