On Tuesday, September 11th,  Anjuli Brekke  subbing for Cynthia Lin tackled the important issue of climate change and how it is being discussed by the Republicans and Democrats during this election season. Now that the conventions have finished, and with the Presidential elections just around the corner, both the Obama and Romney campaigns are presenting their visions for the future. This edition of A Public Affair delved into the plans these candidates have, or lack there of, to deal with the pressing issue of climate change and the future of the environment. 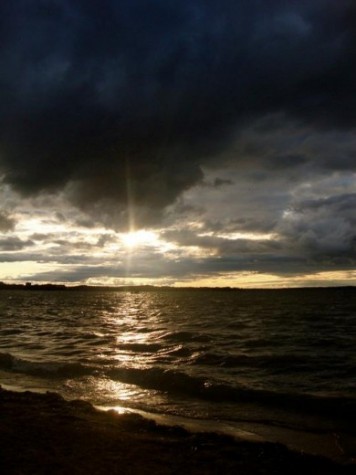 The guest for the first half of the program was Daphne Wysham, fellow at the Institute for Policy Studies and founder of the Sustainable Energy and Economy Network. She has worked on research and advocacy regarding climate change, human rights, fossil fuels, international finance, carbon markets and sustainable economies. Later on in the program Anjuli spoke with retired professor and conservation specialist Richard Steiner.

Steiner was deeply moved by the disastrous impact  of the Exxon Valdez oil spill. He recently stated,  “Neither the Republican Party, nor the Obama administration seem to grasp the severity of the energy/climate crisis we are in. While the Republicans are further from an energy plan that addresses the situation, both are playing games with something that is truly a life and death situation.”

Wysham and Steiner discussed the barriers facing environmentalists both with the current administration and the further challenges that will be faced if Romney is elected in November.

To learn more about Daphne Wysham:

To read articles from Richard Steiner:

To listen to the entire program: