On Wednesday November 7th, the day after the Presidential election, News Coordinator Molly Stentz brought listeners valuable post-election analysis to help us understand the future implications of Tuesday’s election. She opened the lines up to listeners to share their questions and opinions regarding Tuesday’s national and local elections.

“In a victory speech studded with the soaring rhetoric that first drew voters to him in 2008, Obama reminded the electorate what was still on his agenda — immigration reform, climate change and job creation. ‘Tonight, you voted for action not politics as usual.” he told supporters in Chicago. “You elected us to focus on your job, not ours.’ Obama told Romney supporters that ‘I have listened to you… you have made me a better president.’ He added, ‘I return to the White House more determined, more inspired than ever.’The election is a validation, if not an overwhelming mandate, in support of the president’s policies of the last four years, which included a major overhaul of the healthcare system and a drawdown of troops in Iraq and Afghanistan.” 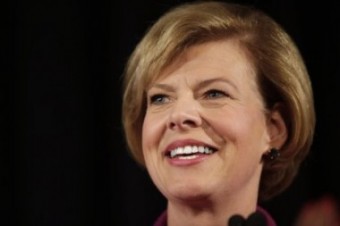 Here in Wisconsin, Tammy Baldwin defeated Tommy Thomson. The Washington Post wrote regarding her success in the state:

“Baldwin will take over for retiring Sen. Herb Kohl (D); she will be Wisconsin’s first female senator and the country’s first openly gay senator. But, she told supporters at a party in Madison, ‘I didn’t run to make history.  I ran to make a difference.’ She reached out to her opponent and his supporters, promising to represent all Wisconsinites. ‘Tommy and I didn’t agree on much in this campaign but there can be no doubt that he shares my love for Wisconsin,” she said. “And even at the end of a long and sometimes bitter campaign, I’m still grateful for his service to our state.’ Baldwin’s win was part of several key ones for Senate Democrats that will help them retain their majority.”

Read more from the Washington Post regarding Tammy Baldwin’s win: