On Friday, June 12th, local Black Lives Matter activists joined up with queer rights groups to celebrate all Black lives, including gay and transgender Black people. They held a rally, Pride For Black Lives, at the Capitol with speakers and ended with a celebratory dance party on Dr. Martin Luther King Jr. Boulevard.

The rally was organized by Impact Demand, Freedom Inc, Urban Triage, Our Lives Magazine, and the Madison chapter of the Party for Socialism and Liberation.

Impact Demand, a youth-led organization, called for a number of crucial demands, including civilian oversight of the Madison Police Department and the firing of Matt Kenny, who is still a Madison police officer after shooting and killing Tony Robinson five years ago.

They also demanded a ban on no-knock warrants, often named Breonna’s Law after Breonna Taylor, who was shot and killed in her bed by police in Louisville, Kentucky, and the hands-up act, in which any police officer found to have shot an unarmed person is fired.

Dr. Sami Schalk is a board member of Freedom Inc, and an associate professor of gender and women’s studies at the University of Wisconsin, Madison. She says queer folks are often targeted by police.

“Trans folks in particular have horrible experiences in the prison system, trans women sex workers are likely to be subjected to harassment and arrest as well. It impacts all of us, and we know historically, that the police have not been friends to the queer community. We’re here for Pride month, and Pride started with a riot, with trans women of color, fighting back against the police who were harassing them in a gay bar. So this is the root of our movement.”

With a dance party going on in the background, Laura Gomez was with their anonymous friend from Mexico when they took time to talk. 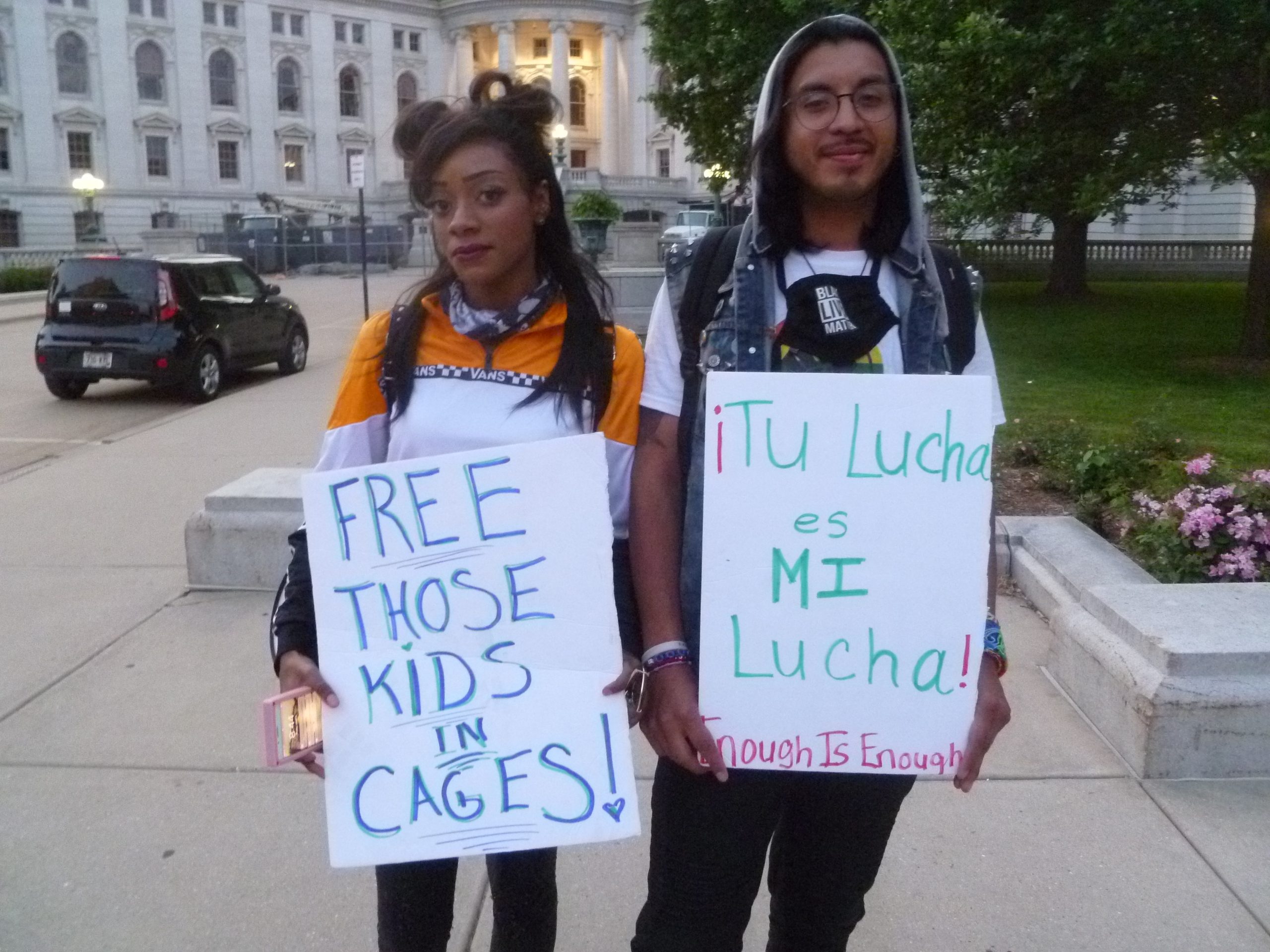 “Have those difficult friends with your friends and family that you’re scared to have about racism and discrimination. Because you need to understand different points of view, and have an open mind and heart during this.”

AP and Slim are founders of the Link Group, which hosts events at the state street steps at the Capitol every Wednesday and Friday evening.

“We’re literally just two speakers and a mic. We try to get music, dancing, partying, and celebration alongside really important platform for Black people to speak. We got a Black open mic, which is only open for Black voices.”

“I feel like all lives do matter, but… in our community, Black lives have suffered more from violence, we got more of our kind dying from other violence going on throughout the community.”

Rupert and Robert ended with a message to WORT’s listener.

“I think you should pay attention to the community right now, like, please… We want you to be as involved just as much as we want to be involved with you right now… Black lives are are just not being attended to right now, please see that for what it is.”

“Meanwhile, we would all love it if people sitting in their homes, could come out, support, come hear about community, and it’s all love.”