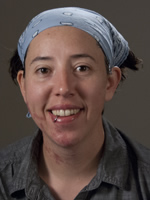 On the Supreme Court rulings, Tammy Baldwin said, “It’s about whether every American gets to dream the same dream, chase the same ambitions, and have the same shot at success.” Karma Chavez, professor of Communications at U.W.-Madison, joined the Monday Buzz to discuss her views on the Supreme Court of the United States’ (SCOTUS) rulings on Proposition 8 in the Hollingsworth v. Perry case, and DOMA in the United States v. Windsor case.

In the Hollingsworth v. Perry case, the court was to decide whether California discriminated against LGBT people when they voted to ban same-sex marriages. In November 2008, 52.3 percent of California’s voters approved Proposition 8, which defined marriage as between a man and women. Now that Prop. 8 has been struck down, however, Karma believes that some of the ‘new’ frontiers we face are actually still old frontiers. She discussed the explosion of money that was put towards this issue and how it’s drained money from other, equally pertinent, issues. For example, in 2008 California donors put 43 million towards Prop. 8, and lessened HIV/AIDS funding by 85 million dollars.

In the United States v. Windsor, the court was to vote on whether the 1996 Federal Defense of Marriage Act (DOMA) was violating the constitutional rights of same-sex couples. Amy Howe from the SCOTUS blog claims,” It is not about whether there is a constitutional right to same-sex marriage. Instead, it is about whether Congress can treat married same-sex couples differently from married opposite-sex couples in federal laws and programs like Social Security benefits, immigration, and income taxes.” DOMA was struck down with a 5 to 4 vote. Karma discussed how DOMA and immigration are related and both saw an advance in this case. She explained that if one of the partners in an LGBT couple is a US citizen, and the other wants to become one, they can now sponsor their partner.

Finally, Karma believes an issue that neither of these two cases addressed was diversity in the government. However, she isn’t sure that we will see that in the near future. In Madison there is a richer LGBTQ community than in many other cities.

The gay-marriage campaign’s narrowness is why Karma believes that it is so successful. However, now there are other LGBTQ issues that need attention and may be even harder battles to fight.

Listen to the entire interview with Brain Standing: