On Monday October 8th, host John Quinlan spoke with special guest Julia Freeman, Senior Organizer for Racial Justice Organizing at the Minneapolis-based Organizing Apprenticeship Project (OAP), about Racial Justice and Labor Organizing.  She has worked as a labor organizer for over 12 years, most recently as organizing director for SEIU Local 26. She has a long history of involvement and leadership in community organizing efforts, and will be a leader in the YWCA’s Racial Justice Summit, which runs from October 15-16 at the Monona Terrace. 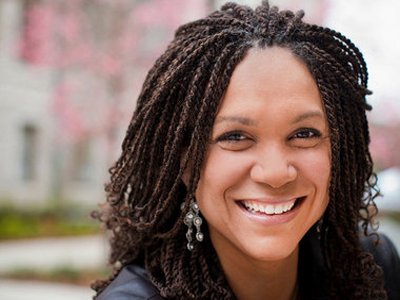 “Each year, the YWCA Madison hosts a racial justice summit that brings together community stakeholders to work on eliminating barriers that foster racism in our community. The Summit focuses on institutional racism and involves nationally-known keynote speakers and researchers, as well as local experts and advocates. Through an environment that encourages learning from and supporting each other in our common goals, the summit provides a platform for action planning and community dialogue.” – YWCA Madison

The YWCA generously donated two tickets to see the Keynote Speaker, Melissa Harris-Perry, as a pledge premium for the WORT Fall Pledge Drive.

“Melissa V. Harris-Perry is host of MSNBC’s show: “Melissa Harris-Perry.” Ms. Harris-Perry is also professor of political science at Tulane University, where she is founding director of the Anna Julia Cooper Project on Gender, Race, and Politics in the South. She previously served on the faculties of the University of Chicago and Princeton University. Professor Harris-Perry is author of the well received new book, Sister Citizen: Shame, Stereotypes, and Black Women in America which argues that persistent harmful stereotypes—invisible to many but painfully familiar to black women—profoundly shape black women’s politics, contribute to policies that treat them unfairly, and make it difficult for black women to assert their rights in the political arena. Her first book, Barbershops, Bibles, and BET: Everyday Talk and Black Political Thought, won the 2005 W. E. B. Du Bois Book Award from the National Conference of Black Political Scientists and 2005 Best Book Award from the Race and Ethnic Politics Section of the American Political Science Association.” -YWCA Madison