Both shows are now available on the Audio Archives for 2 weeks following broadcast. Friday night’s Blues Cruise featured Bobby Rush.  Bobby got his start as a bluesman playing Chicago clubs in the 1950s.  His big break came with the release of Chicken Heads on the Galaxy label which reached #34 on the Billboard R&B charts in 1971.  This show was originally broadcast 16 years ago when Bobby was 70.  He has toured constantly over the years and his live shows have always been memorable.  In February of this year he had a coronavirus infection and survived it.  He has been an advocate to promote measures that would keep others from the infection following his recovery.  His latest CD, Sitting On Top of the Blues, was awarded Soul Blues album of the year at the Blues Music Awards last month.  Blues Cruise may be heard from 6-8 PM Central time on Friday nights. 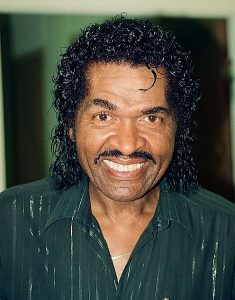 Saturday’s Two for the Blues featured St. Louis bluesman Henry Townsend.  This show originally was broadcast in 2004.  Henry sang and played both piano and guitar.  He is the only bluesman who recorded in each of nine decades, getting his start with Columbia label in 1929.  I had the good fortune of seeing him perform a number of times over the years as he was regularly invited to play the Chicago Blues Festival for many years.  Henry was the only artist I ever interviewed who recorded in the pre-war era.  He was 94 years old when I talked to him and had excellent recall of events from his past.  He passed away 2 years after I talked with him, just hours after being the first to receive recognition at the Paramount Plaza Walk of Fame in Grafton, WI.  At the time, Henry Townsend was the only living Paramount Records recording artist.f  Two for the Blues is heard from 8-10 PM Central time.  Both shows will be available on the Audio Archives for 2 weeks following broadcast. 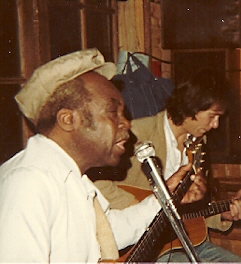