Wandering WORT world music host Gloria Hays shared her experiences at this year’s WOMEX festival on Jan. 13-14 during our Panafrica and On The Horizon shows. Listen to them on-demand here, and read on to learn more about her musical travels! 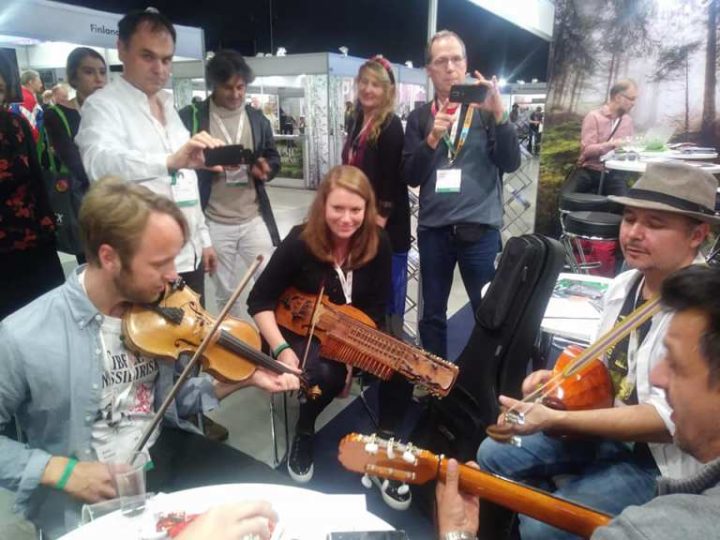 Roma meets Scandanavia at a booth in the Expo Center (with WORT volunteers Dan Talmo and Paula White in background.)

Gloria: At the end of October, I had the opportunity & privilege to travel to Katowice, Poland, an industrial city which, in recent years, has turned a corner, now being promoted as a UNESCO City of Music.

I was there as a delegate & representative of WORT-FM to attend WOMEX2017: WorldMusic Expo, where we spent 5 days engaging in new ideas, inspiring projects and celebrating with friends both old and new – 2,600 music professionals from 90 countries, including 300 artists, performing across 7 stages. You can see some brilliant photos taken by other attendees by clicking here.

This event is clearly “Eurocentric,” though there were participants from all across the globe. Daytime events included films, showcases, opportunities to meet with artists, over 1000 producers & record label representatives, concert & festival promoters, all at an Expo that had almost 300 vendor stands. 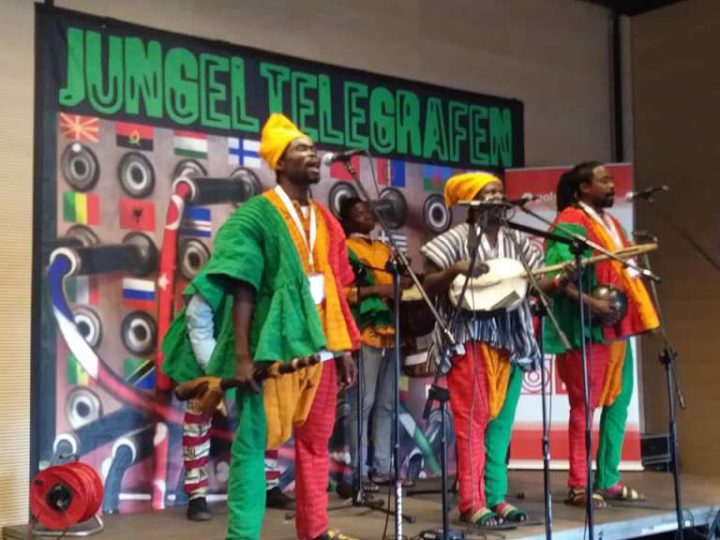 King Ayisoba from Ghana at the EBU Radio Sessions

During this event, I spoke with many artists & promoters who all had the same response to the American market: it’s almost impossible to get artists permission to perform here. This was heartbreaking & something I felt needed to be shared. In Madison, WI, there are many opportunities to hear World Music year round. Sometimes artists have to cancel at the last minute. Why? In most countries, an artist applies for a VISA to be able to perform there legally. In the US, according to several promoters I spoke to, all repeated the same information: first, a lawyer has to be hired to apply not for a VISA, but for a Work Permit. Then a NONrefundable application fee of $1000 has to be paid. This application can be denied at any time. It is not uncommon that you won’t find out whether or not you’ve been approved until 6 weeks before the event. As anyone that attends festivals or cultural events knows, these things are booked months in advance. Because both event coordinators & artist promoters find so many roadblocks, it is often easier to book tours in Asia & Europe, which is a pity for US audiences. This makes radio airplay the only option for many artists to be heard. There is truly a great deal of beautiful music in the world!  — Gloria Hays

For further reading and more links check out Gloria’s blog: