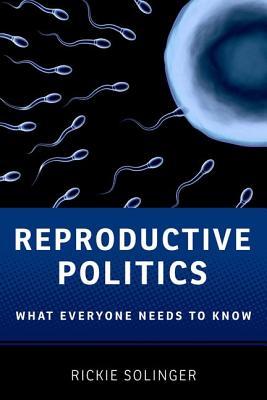 Tuesday was the first day of oral arguments for gay marriage in front of the Supreme Court. One argument used by those who oppose gay marriage is that same sex couples cannot produce children, something many in the opposition view as vital to marriage. Is the goal of marriage to procreate? What are the rights of heterosexual couples who wish to marry but not have children? What is the role of government in the choices made regarding marriage, sex and the right to have or not have children? The DOMA and Proposition 8 cases, although primarily concerned with rights of same sex couples, bring to light broader questions regarding reproductive rights for all Americans and the role of government in these fundamental decisions which shape our lives and society.

Anjuli discussed these issues with historian, curator and author Rickie Solinger. Solinger has written a number of books on the subject of reproductive rights including, “Wake Up Little Susie: Single Pregnancy and Race before Roe V. Wade” and “Beggars and Choosers: How the Politics of Choice Shapes Adoption, Abortion and Welfare in the US.” This year Solinger came out with a new book, “Reproductive Politics, What Everyone Needs to Know.”