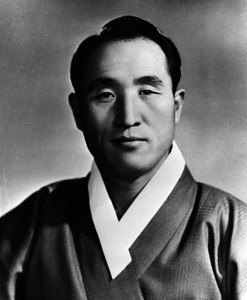 “A longtime observer of the Religious Right, including Rev. Moon, he devoted a chapter to the Moon organization in his book, Eternal Hostility: The Struggle Between Theocracy and Democracy. His profile of Moon critic Steven Hassan will be published this week at the webzine, Religion Dispatches.

‘Rev. Sun Myung Moon was among the most pernicious anti-democratic figures in the United States in the latter half of the 20th century. Moon hated America. He hated our tradition of individual rights and independent thought. He hated democracy and said he wanted to replace it with a theocracy under his rule. Although many would be loath to admit it, Moon has been a central figure in the development of the modern American conservative movement since the 1960s — from Richard Viguerie’s direct mail operations to the religious and political empire of Jerry Falwell. Whether one’s religious or non-religious identity — Christian, Jew, atheist or whatever – the Moon organization has treated the minds and sacred beliefs of others like they were targets of a covert operation. The Moon organization has no respect, and only contempt for the views of anyone who is not a member of the True Family, and part of the covert operation.'”

To read more about Frederick Clarkson: