If anyone embodies the spirit of WORT, it’s Rockin’ John McDonald. For 40 years John has been spinning records and CDs every week on “I Like it Like That.” John sums up his program nicely: “It’s mostly records from the 50’s and 60’s and what fits from the 70’s up to today.” 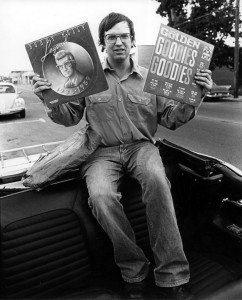 John’s self-described “mixed bag” shows feature a “Missing Link” to honor the memory of electric guitar pioneer Fred Lincoln ‘Link’ Wray, Jr and he also plays “two Beatles or Beatles-related songs” to honor the late John Lennon and George Harrison. “I Like it Like That” has many specials throughout the year including two hours of Elvis Presley on his birthday; a “Day the Music Died” show featuring Buddy Holly, Richie Valens and the Big Bopper; a “School’s Out” show with songs about surfing and cars and summer; a doo-wop special, and many others. And when rock legends pass away, John plays their music and gives the listeners a lesson on who we lost and where they fit into the the rock and roll spectrum.

But “I Like it Like That” is not just an oldies show. John features the music he grew up listening to (often from the actual records he bought as a teenager) but also plays and promotes modern artists such as Darrel Higham, Imelda May and Los Straightjackets whose music embodies a similar rocking spirit. While the show features many songs that were chart hits back in the day, John also spins plenty of deep cuts and songs that “should have been hits.” And John is a tireless supporter of local music! You might catch him rocking out to the The Cash Box Kings or cheering on his old pals The Rousers.

Tune it to “I Like it Like That” every Saturday from 6-8 PM and hear what makes this show unique. As John says: “If it wasn’t for WORT I’d just be sitting in my living room spinning records for myself.” We’re lucky to have Rockin’ John on the air and we’re glad he shares his passion for music with all of us.