Bassist Rufus Reid is featured on Journeys into Jazz with Chuck France this Wednesday, April 6 from 3-4 pm. Reid talks about how he met Richard Davis while strolling in midtown Manhattan one day, and later was invited to be a clinician at the Richard Davis Foundation for Young Bassists conferences. Reid talks about his four years with the Dexter Gordon Quartet traveling in Europe, Japan and the States.

As an artist in residence with the UW School of Music, Reid will prepare the UW Jazz Orchestra and Bolz Ensemble for a performance of his compositions on April 14. He will then walk his bass over to the Richard Davis bass workshops for the 18th year (out of 29) that young bassists have come to Madison for two informative days with top shelf bass clinicians and players. The annual faculty concert is Friday April 15, coinciding with the 92nd birthday of Professor Richard Davis. Mr. Reid has composed the song “The Pied Piper” to honor Richard, which will be performed with an all-bass orchestra. 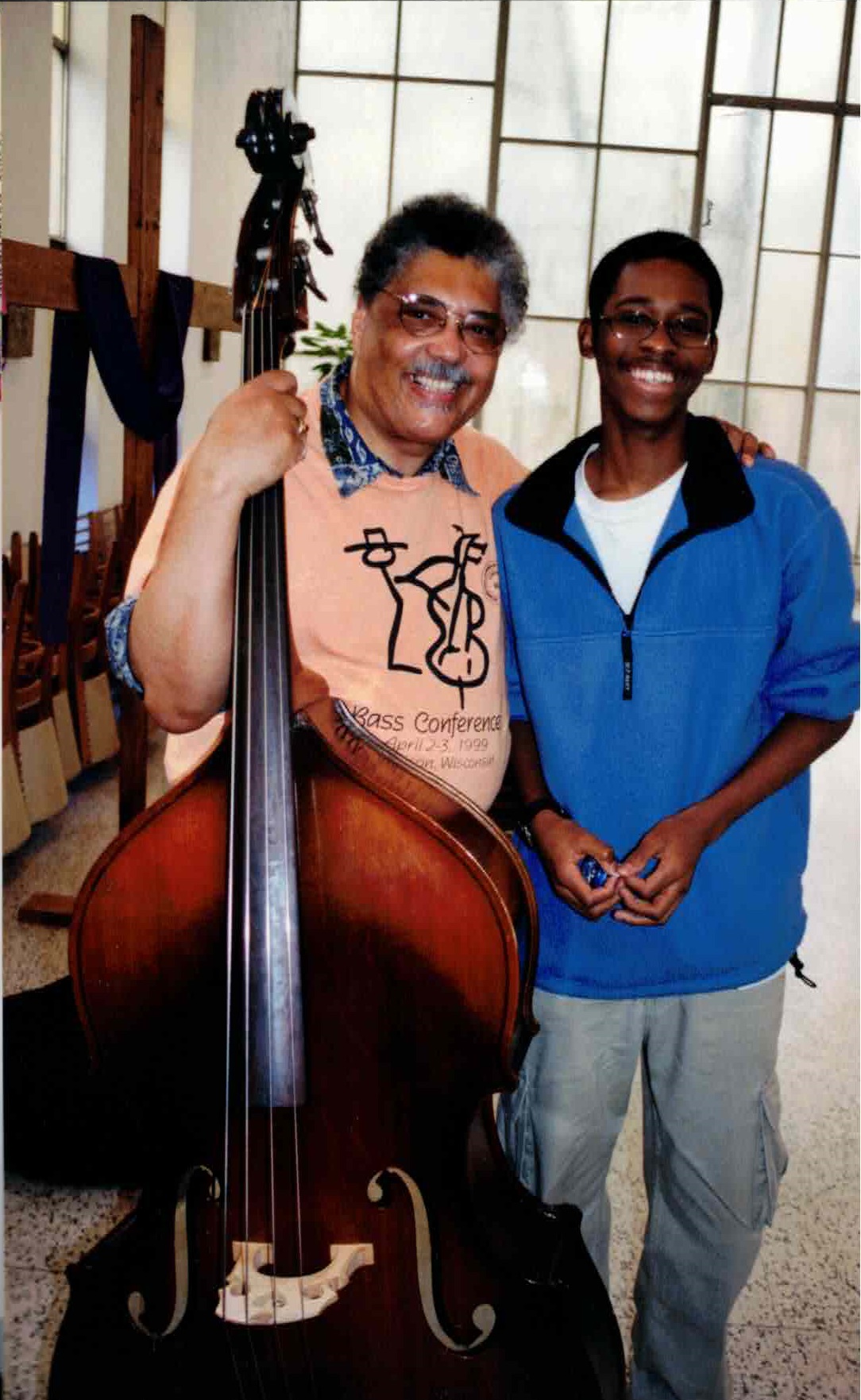 (Rufus Reid at his second RDFYB conference with a student, April 1999. Photo courtesy of the Richard Davis Foundation for Young Bassists)