Principal Organist and Curator of the Overture Concert Organ, Samuel Hutchison, will retire from his current position after 16 years.

“It has been the highest privilege of my career to serve as principal organist and curator for the Overture Concert Organ,” said Hutchison. “The inspiration of this experience, and of the great artists who have played the Klais organ during my tenure, will continue to provide uplifting memories for a lifetime.” 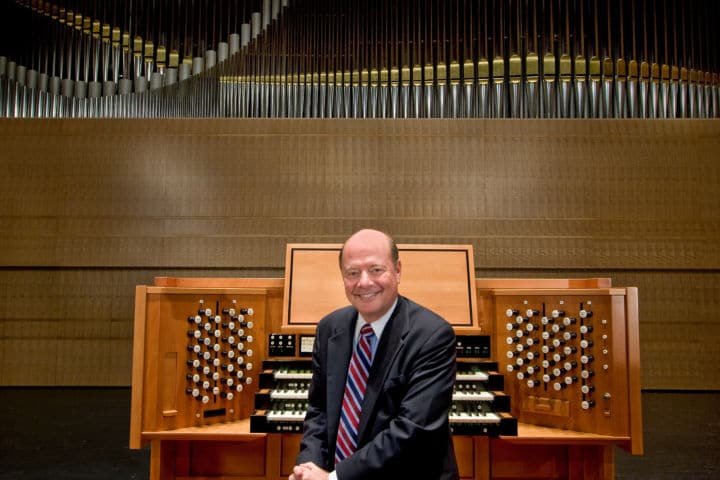 Hutchison was instrumental in acquiring a world-class pipe organ for Overture Hall.  He led the committee that selected Orgelbau Klais of Bonn, Germany to make the Overture Concert Organ, much of it to Hutchison’s exacting specifications.

“Sam is the persona of the instrument,” said Richard Mackie, executive director of the Madison Symphony Orchestra. “His artistry, his vast knowledge of organ repertoire, his astute programming sensibility and his particularly engaging personality on-stage quickly established the success of the program. And his visionary leadership of the planning and implementation of the whole project has been crucial.”

Since the completion of the organ, he has built one of the most successful concert organ programs in the United States, comprising two annual recital series, a hymn- and carol-sing series and educational programs.   He created the Friends of the Overture Concert Organ, a 500-member support organization that raises funds for the program he created and champions the cause of organ music in performance.

Hutchison will remain active in an advisory role during the transition to his successor.