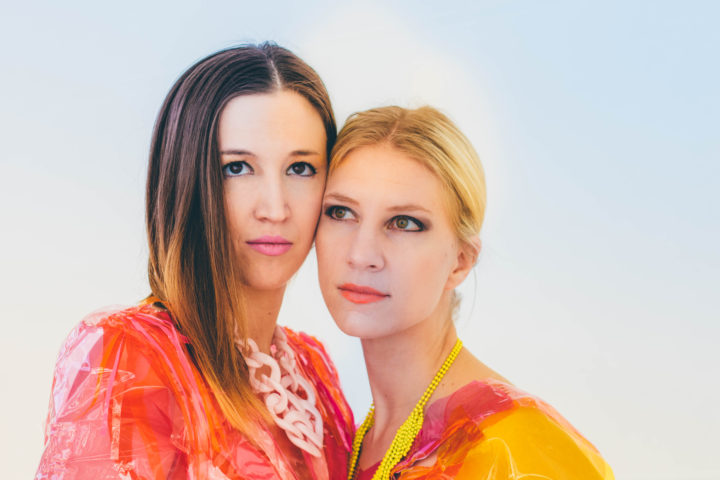 The pop/indie-rock duo Seasaw will take the WORT Underground Stage at noon to kick things off on Sunday, September 17.   Seasaw is Eve Wilczewski and Meg Golz.

The two musicians met for the first time in 2010 and collaborated long-distance until the summer of 2015,  when Eve joined Meg in Madison.  They’ve been touring since last summer on their debut release, Too Much of a Good Thing, recorded right here in their hometown.  Their occasional local appearances have included a rousing set at a star-studded Beach Boys tribute concert earlier this summer. After a year of being on the road for the album, this performance at the Willy Street Fair is the duo’s last show before they take a break to record their new album, to be released in 2018.  Don’t miss the sweet, yet powerful sounds of this unique outfit, destined to make the music world sit up and take notice with their unusual voices and melodies!