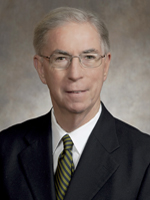 Senator Tim Cullen of Janesville joined the Buzz on Monday, February 18th, to talk with host Brian Standing about the fast-tracked mining bill that is causing controversy. The bill allows mining companies to bypass environmental laws.

One major concern many northern Wisconsinites have is that the law could allow mining companies to mismanage waste rock. Waste rock is a toxic byproduct leftover after useful ore has been extracted. There could be millions of tons of that waste rock to deal with if a huge new iron mine is developed in the Penokee hills, says Cullen. This waste can cause serious environmental problems if sulfides or heavy metals leach into groundwater.

Cullen expects that the Senate will vote on the Republican mining bill, SB 1, during the first week in March.

Senator Cullen proposed an alternative bill that has attracted bipartisan support. He says he doesn’t think that his bill will ever be considered as a replacement bill, yet it continues to be read by others in the Senate. The hope is that the Republican bill will be influenced by his bill. He’s planning to offer it as an amendment.

Cullen also spoke about his tour of northern Wisconsin where he heard testimonies from the people in the area who will be most affected by an open pit mine.

Listen to whole interview below: