On Tuesday November 13th, host Cynthia Lin brought listeners a great program featuring the folks involved with the film  “Shift Change,” a documentary about worker run businesses that compete successfully in today’s economy.  The film will be showing this Thursday, November 15th, at the Barrymore Theater as part of the Havens Center Social Cinema film series.  You can find out details about the event online at havenssocialcinema.org. 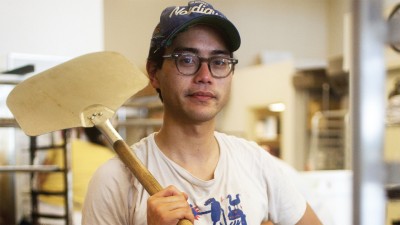 Cynthia spoke with Melissa Young, one of the producers and co-directors of the film. Cynthia also spoke with coop leaders here in Madison to discuss worker cooperatives as a key solution for economic resilience and healthy communities.  In the studio with Cynthia were John Conowall,  Union Cab Member and representative to the Madison Worker Cooperatives (MadWorC) and Richard Kilmer, chief pharmacist at Community Pharmacy. Union Cab and other Madison businesses are featured in the film and Thursday’s film screening is a fundraiser for MadWorC.

Watch the trailer and read more about the film on their website: