The state Senate met for all of 15 seconds today for a special session to debate bringing binding ballot initiatives to Wisconsin.

The session was called by Governor Tony Evers last month as a way to let Wisconsinites themselves decide on whether or not to bring abortion access back to Wisconsin.

And despite an objection from one of the three Senators in attendance, Senate President Chris Kapenga,a Republican, gaveled today’s session in, and right back out without debate.

Thus ended the 11th special session called by Governor Evers, all of which but one were gaveled in and right back out.

Senator Melissa Agard of Madison was one of the three Democratic Senators in attendance, along with Brad Pfaff of Onalaska and Tim Carpenter of Milwaukee.

Agard says that it’s disappointing that she sees Republicans ignore what the people of Wisconsin actually want, regardless of the issue.

“It’s a real reminder of how that consolidation of power by the majority party, primarily through gerrymandering in Wisconsin, allows them to be completely defiant against what it is the people of our state want,” Agard says.

Evers proposed a constitutional amendment to bring binding referendums to Wisconsin, that could be brought by any Wisconsin citizen if they gathered enough signatures.

These referendums could be on any topic, but the idea was to allow the voters themselves decide on abortion access here in Wisconsin. According to the latest Marquette Law School Poll, 63% of Wisconsinites oppose the overturning of federally protected abortion rights under Roe v Wade

After today’s short session, over 100 people gathered at the steps of the capitol building to hear top state Democrats chastise the Republican-led legislature. 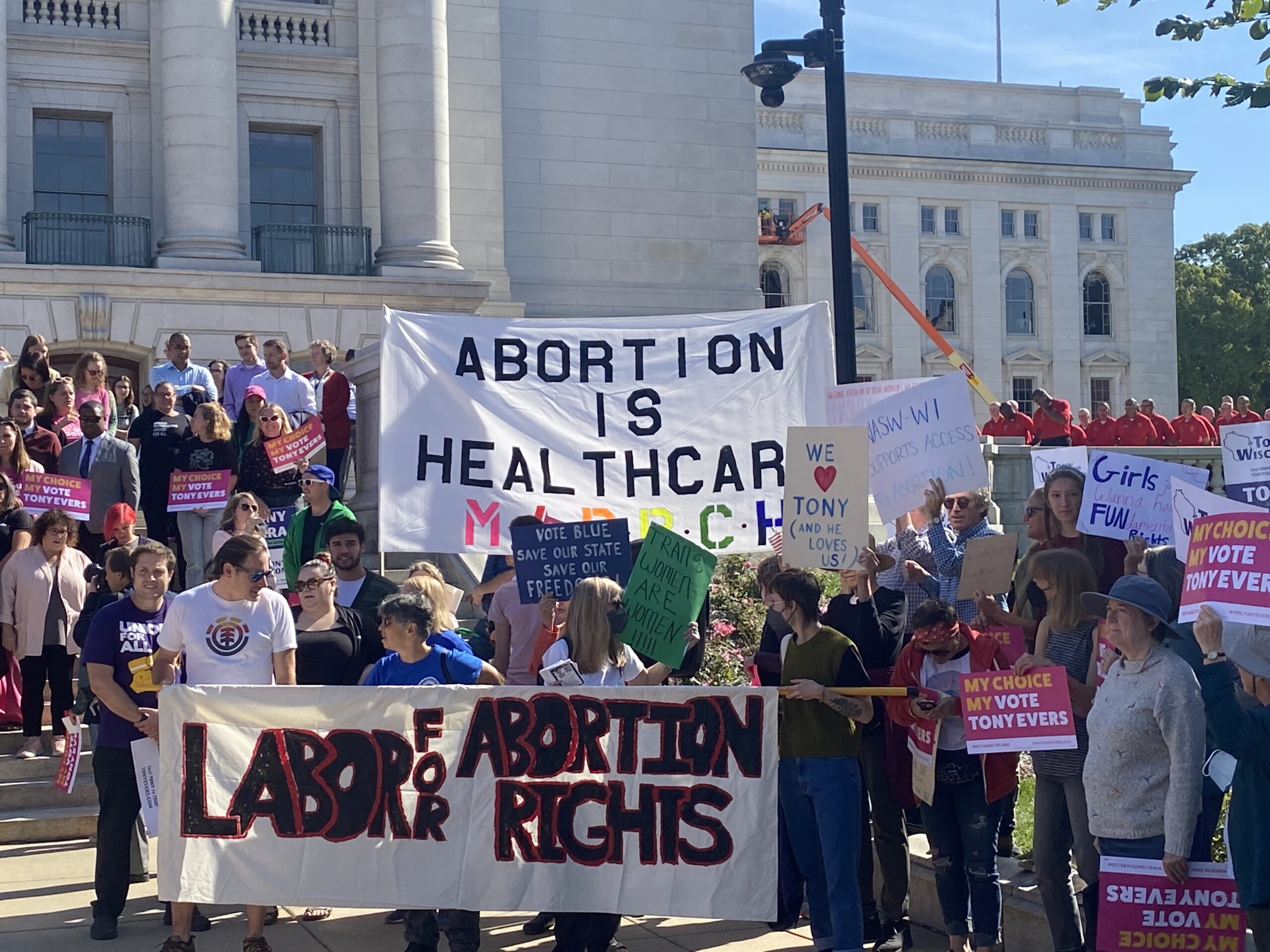 One woman, Allison, was holding a sign reading “1849 voters, all white, all male.” She shared her thoughts on today’s special session.

“There is no thoughts on this. Why do we have these people as elected officials if they don’t want to represent us. Gerrymandering is one thing, but it’s our job now to get rid of these people. It’s time for our voice, everyone’s voice, to be heard,” Allison says.

Dr. Mary Stoffel and Dr. Beth Wiedel are OBGYNs here in Madison. They pointed to the dangers that the abortion ban can have on women’s health. Here’s Dr. Stoffel.

“Inserting politics into people’s healthcare is detrimental to people’s health, and threatens the sacred patient-physician relationship. People need to have safe and legal access to abortions, because we know what will happen if they don’t. People will die and poverty will worsen, this will disproportionately impact people of color, people with inequities, low income people, and those in rural communities where access is much more difficult,” Stoffel says.

Next to speak was Democratic state Senator Kelda Roys of Madison. Roys says that, if someone has a miscarriage, abortion is the only answer,

“Everyone loves someone who will need an abortion. When Republican politicians criminalize abortion, they are condemning you or your loved one to suffer, to be treated like a criminal, or be forced to endure a pregnancy and birth that they don’t want or harms them. That is the choice. Abortion is basic healthcare that approximately 1 in 4 American women will need in their lifetime,” Roys says. 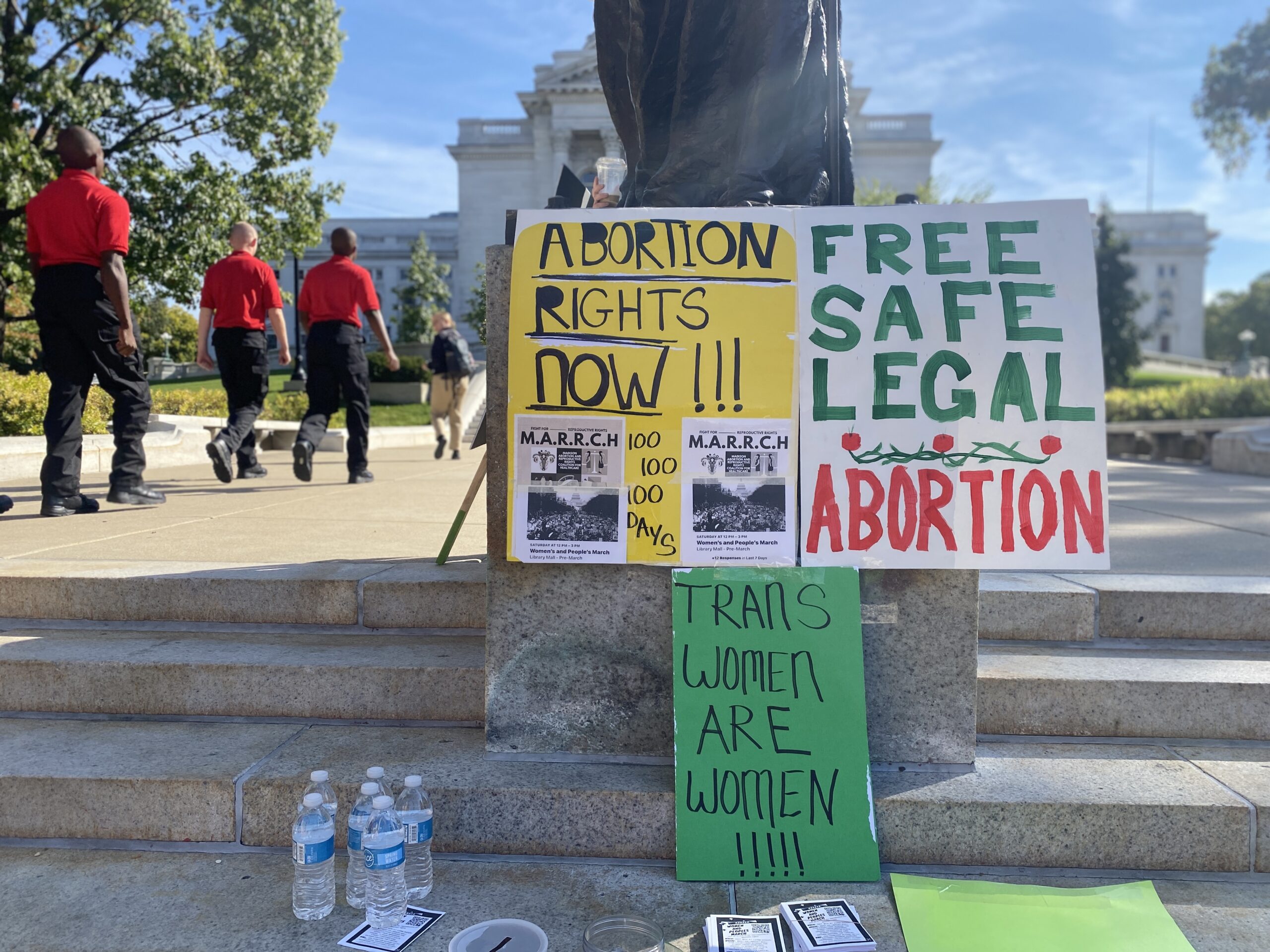 Democratic Assembly Minority Leader Greta Neubauer of Racine says that she fears for the future of everyone in Wisconsin if the abortion ban were to hold.

“As the Dobbs decision leaked, I spoke with a lot of women in my community who had tried to access reproductive healthcare before Roe v Wade. One woman told be about a botched abortion that made her fearful that she would never be able to have children. Another shared her story of her work as a social worker and a child, an incest victim, that she worked with, and how scared they were that the child would not live through the delivery of her child,” Neubauer says.

Also at today’s press conference was Democratic candidate for Lieutenant Governor Sara Rodriguez. Rodriguez currently serves as the state representative for Brookfield, and serves on the state’s health committee.

She says that her time on that committee has given her a first hand look as to how Wisconsin Republicans view abortion.

“I have seen their agenda up close, and this is what they have done. When all these men, and they were men, who were testifying on all these anti-abortion regulations, I asked simply, clinical, medical questions. What did the chair of the committee do? He gaveled me so I would stop asking questions, and he called me a nasty woman,” Rodriguez says. 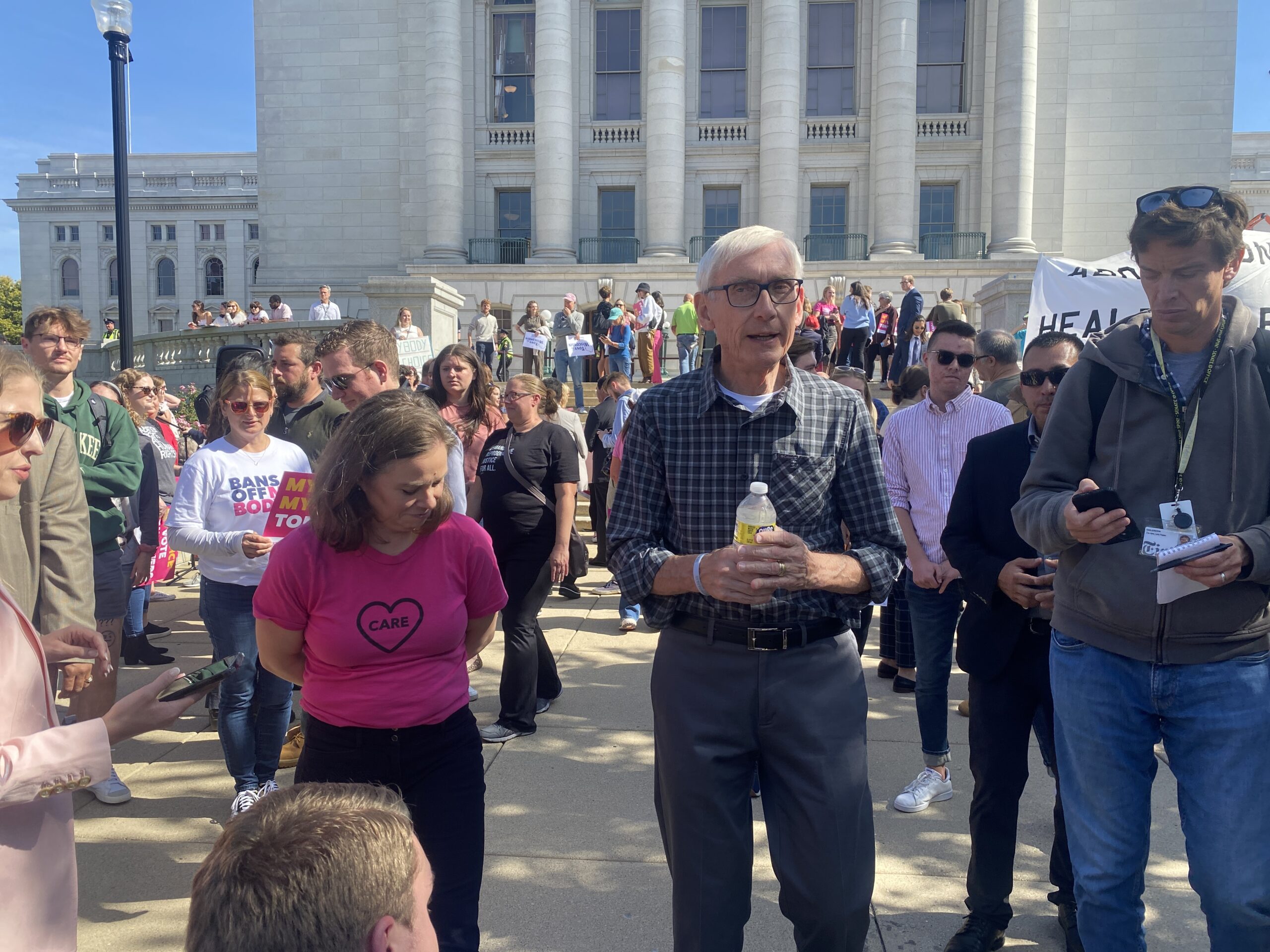 Finally it was time for Governor Evers to speak.

Evers warned of not only the moral and medical future of Wisconsin if the abortion ban is allowed to stand, but the state’s financial and workforce future as well.

“If this continues, our accreditation to prepare OBGYNs will be taken away both here and in Milwaukee. If we can’t train OBGYNs, the people who will help all of you if you’re in this situation, who in the hell (would come here). We have a shortage already. Which OBGYNs are we going to get to move to this state? It ain’t going to happen. Please,” Evers says.

And as for today’s special session? Evers says that he’s mad that, despite over half of Wisconsinites wanting legal abortion, the Republican-led Legislature refused to even debate the idea of putting the issue to the voters.

“Of course I know that, in the end analysis, they would likely not make any changes to that law, but (to not) at least have a discussion? Put yourself on the dais and lead a discussion on this? That’s just outrageous behavior. They haven’t been here since March. What’s half a day? What’s a day? Even if it carried over to two days, what’s up with that? They’re not doing their job. They’re being paid to do this job and they aren’t doing this job,” Evers says.

Meanwhile, the Madison Abortion and Reproductive Rights Coalition for Healthcare, or MARRCH, will be holding a march this Saturday, October 8. The march will begin at noon on the Library Mall across from the UW Madison Memorial Union.