On Friday December 7th, host Esty Dinur started the show with guest Louise Somalski, Lobbyist for American Federation of Teachers in Michigan (AFT Michigan). She is in Lansing and gave listeners an update on the Right to Work legislation passed in the Michigan State Capitol on Thursday December 6th. This legislation would make it unlawful to require union membership as a condition of employment and was passed in the State House and Senate in one day.  Somalski described exactly what happened in the Capitol yesterday as huge groups of protestors were locked out. Esty also spoke with John Hoadley, Campaign Manager for Working Michigan a labor/community coalition group, about community mobilization against the legislation. 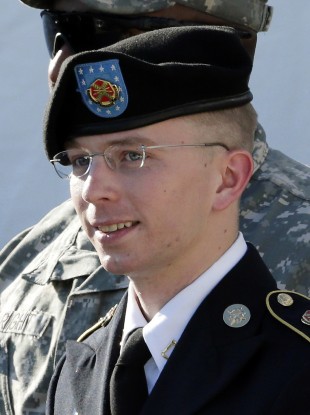 During the second half of the program, Esty spoke with Kevin Gosztola, a journalist covering the Bradley Manning pre-trial hearing. Gosztola is the co-author of “Truth & Consequences: The U.S. vs. Bradley Manning,” and blogs at dissenter.firedoglake.com. Bradley Manning has been in pretrial confinement for over 900 days. He is accused of leaking hundreds of thousands of classified and confidential military and diplomatic documents to WikiLeaks. Today was day nine of his pre-trial hearing, with the actual trial set for March 2013. This was the first time Manning has spoken publicly since his arrest in 2010.  Manning’s defense is arguing he was ‘unlawfully punished’ while imprisoned at the Quantico Marine Brig for nine months. They hope to have the charges dismissed or be awarded credit for time served and are putting key commanding officers on the witness stand to show how the Brig was more concerned with media attention and scrutiny from senior officials in the Pentagon and Washington than they were with Manning’s health.