Saxophonist legend John Coltrane died on July 17, 1967 at the young age of 40. The Thursday July 17 edition of Strictly Jazz Sounds will celebrate the musical accomplishments and contributions of this revered musician who fundamentally altered the direction and tenor of jazz. We will explore Coltrane’s brief but highly productive studio recordings, beginning with rare early work with noted jazz figures including Dizzy Gillespie, Johnny Hodges and Dinah Washington.

We’ll take a look at Coltrane’s most productive years (1955-67) beginning with his tenure with Miles Davis, closing with a cursory exploration of Coltrane’s Impulse label recordings. We will continue this celebration of Coltrane’s work later in September when the show examines some of the live and more extended studio works including “A Love Supreme” in its entirety. Tune in to Strictly Jazz Sounds with Steve Braunginn, Thursday, July 17, 2-5PM for an afternoon of John Coltrane only on WORT 89.9-FM, your place for jazz! 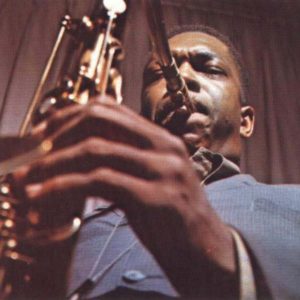